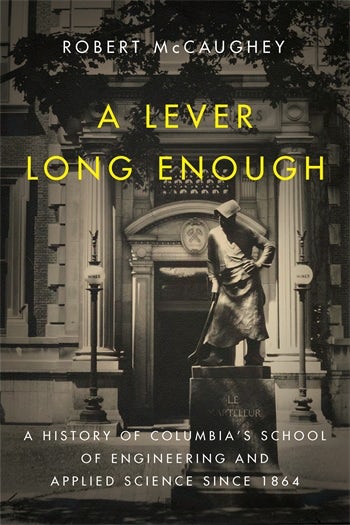 In this comprehensive social history of Columbia University's School of Engineering and Applied Science (SEAS), Robert McCaughey combines archival research with oral testimony and contemporary interviews to build a critical and celebratory portrait of one of the oldest engineering schools in the United States.

McCaughey follows the evolving, occasionally rocky, and now integrated relationship between SEAS's engineers and the rest of the Columbia University student body, faculty, and administration. He also revisits the interaction between the SEAS staff and the inhabitants and institutions of the City of New York, where the school has resided since its founding in 1864. McCaughey compares the historical struggles and achievements of the school's engineers with their present-day battles and accomplishments, and he contrasts their teaching and research approaches with those of their peers at other free-standing and Ivy League engineering schools. What begins as a localized history of a school striving to define itself within a university known for its strengths in the humanities and the social sciences becomes a wider story of the transformation of the applied sciences into a critical component of American technology and education.

Robert McCaughey's history of the Columbia School of Engineering and Applied Science is an exemplary study of a largely independent but always dependent unit of the university. Begun in 1864 as the School of Mines, engineering at Columbia oscillated from a pioneer leader of its field to near irrelevance and back to national distinction. McCaughey relates these vicissitudes with candor and grace, drawing on his unparalleled knowledge of the university's history. Besides providing a uniquely valuable contribution to higher education history, this volume opens a window on enduring issues of university leadership and technological education. Roger L. Geiger, Distinguished Professor of Higher Education, Pennsylvania State University

Comprehensive and candid, A Lever Long Enough is a worthy history of an important engineering institution. Civil Engineering

Robert McCaughey is professor of history and Janet H. Robb Chair in the Social Sciences at Barnard College, where he has also served as dean of the faculty. He has written extensively on the history of American cultural institutions and the American professoriate, including his books Stand, Columbia: A History of Columbia University in the City of New York, 1754–2004 and The American Nation: A History of the United States, seventh edition (with J. A. Garraty).