Accidents and the State

Understanding Risks in the 20th Century 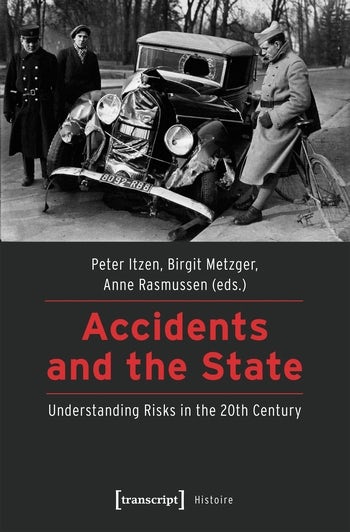 Accidents and the State

Understanding Risks in the 20th Century

The beginning of the twentieth century saw a reinterpretation of the concept of the accident. While accidents had traditionally been considered inevitable, modern societies debated their management and prevention. The emergence of the modern state led to an unprecedented capability to deal with accidents. The state formed institutions, practices, and legal concepts that considerably changed everyday life. The contributions in this volume explore social, cultural, political, administrative, and medical responses to accidents in modern states. The case studies include British, French, German, Italian, Chinese, and Chilean experiences and thus provide different national perspectives on the governance of risks.

Birgit Metzger has a degree in cultural studies and completed her PhD with a thesis on forest die-back as a political issue in West Germany in the 1980s. She worked as a lecturer in contemporary European history at the Saarland University and is currently a postdoc at the Freiburg Institute for Advanced Studies and the University of Strasbourg Institute for Advanced Study.

Anne Rasmussen is a professor of the history of science at the University of Strasbourg and a member of the research unit SAGE (Societies, Actors, and Government in Europe) at the French National Centre for Scientific Research. She is a fellow in the joint research program of the Freiburg Institute for Advanced Studies and the University of Strasbourg Institute for Advanced Study. Her research interests center on the social and cultural history of biomedical sciences and health in the nineteenth and twentieth centuries and her current project explores the links between World War I, medicine, and public health.