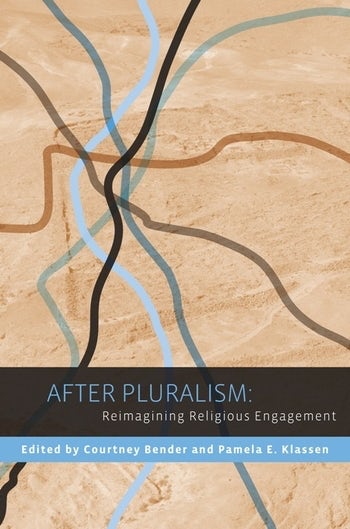 The contributors to this volume treat pluralism as a concept that is historically and ideologically produced or, put another way, as a doctrine that is embedded within a range of political, civic, and cultural institutions. Their critique considers how religious difference is framed as a problem that only pluralism can solve. Working comparatively across nations and disciplines, the essays in After Pluralism explore pluralism as a "term of art" that sets the norms of identity and the parameters of exchange, encounter, and conflict. Contributors locate pluralism's ideals in diverse sitesBroadway plays, Polish Holocaust memorials, Egyptian dream interpretations, German jails, and legal theoriesand demonstrate its shaping of political and social interaction in surprising and powerful ways. Throughout, they question assumptions underlying pluralism's discourse and its influence on the legal decisions that shape modern religious practice. Contributors do more than deconstruct this theory; they tackle what comes next. Having established the genealogy and effects of pluralism, they generate new questions for engaging the collective worlds and multiple registers in which religion operates.

How has religious difference been constructed as a problem to which 'pluralism' becomes the solution? From within a rich variety of historical settings and international case studies, the essays collected in After Pluralism reveal 'pluralism' as an ideological and normative space, a discursive frame within which questions of religious difference may legitimately be engaged but which nevertheless cannot account for the messiness of religion on the ground, where 'dialogue' and 'recognition' between discrete religions and religious actors are seldom to be seen. In the process, religions emerge as shifting constellations of belief and practice continually made and remade within relations of power that are not always in need of resolution or amenable to it. An accomplished, exhilarating, and game-changing book. Tracy Fessenden, Arizona State University

After Pluralism is an outstanding collection of essays on religious diversity by a group of multidisciplinary scholars. Their work is at the cutting edge of the relationship between religion, culture, law, and public life in a post-secular age. The introduction is an invaluable guide not only to the book but to the whole field as well. James Tully, University of Victoria

After Pluralism brings us astonishing new insight into the underpinnings, uses, and limits of religious pluralism in many settings -- from US and Canadian law courts, to the sacred lands of indigenous peoples, the American theatre, Cairo television, German prisons, and more. Its closely reasoned and beautifully illustrated essays make us rethink the ways in which religions are and can be lived in the world. A deeply important book for our time. Natalie Zemon Davis, University of Toronto

Courtney Bender is associate professor of religion at Columbia University and the author of The New Metaphysicals: Spirituality and the American Religious Imagination.

Pamela E. Klassen is associate professor of religion at the University of Toronto and the author of Spirits of Protestantism: Medicine, Healing, and Liberal Christianity.