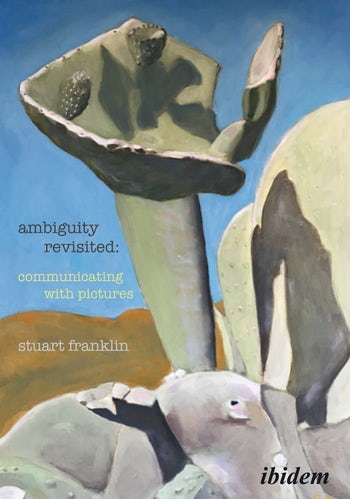 ambiguity revisited is concerned with the manner in which pictures communicate with the spectator. Its focus lies in those fluid, indeterminate spaces where our reading of images, in art and photography, exercises and draws upon our imagination, memory, and experience. Sir William Empson’s seminal (1930) text: Seven Types of Ambiguity is used as a springboard to discussion, towards a fresh way of exploring ambiguity beyond English literature, and in a broader framework to that contained in John Berger’s (1989) Another Way of Telling.

The use of ambiguity in art and photography, as in literature, is both a conscious and an unconscious act; and ambiguity influences the way in which we respond to work, from Leonardo da Vinci’s portraits to the photographer William Eggleston’s engaging and idiosyncratic reflections on America’s Deep South. This ambiguity is a force for good, or at least one to be reckoned with, due to its participatory nature in actively engaging with, or masking itself from, the viewer.

Ambiguity is infrequently discussed but is highly relevant as an expressive device. It holds a position at the core of communication within the visual arts. As society becomes influenced increasingly by communications delivered in a visual form, so we, the consumers, require tools, more than ever, to engage with the work.

By relating the concept of ambiguity to the image-viewer relationship, Stuart Franklin provides a major contribution to the debate about the communicative and interactive approaches within the visual arts. He shows that as representations are made readable, they are integrated into active processes of meaning-construction. Professor Karen Fromm, University of Applied Sciences and Arts, Hannover

A well-informed and thoughtful book. Enriched with historical and theoretical references, the chapter on ’Time’ gave me a greater understanding of the representation of time in photography/film. Chino Otsuka, Photographer, Associate Professor of Film and Photography, Richmond, The American International University in London, UK

Acclaimed writer and photographer Professor Stuart Franklin studied drawing and painting, photography and history of art as well as geography in Oxford, Whitechapel, London, and West Surrey College of Art and Design. In 1989, as a full member of Magnum Photos, Franklin photographed the uprising in Tiananmen Square and shot one of the Tank Man photographs, first published in Time Magazine, as well as widely documenting the uprising in Beijing, earning him a World Press Photo Award. He was awarded a professorship in documentary photography in 2016 by Volda University College, Norway. In the same year he published The Documentary Impulse (Phaidon). In 2017, Franklin was the general chair of the World Press Photo jury. In recent years, Franklin has received commissions from, and published articles in, Oxford University Press, Harper's Magazine, The New York Review of Books, The Guardian, the Financial Times Magazine, The Sunday Times Magazine, London, and Art Magazine, Hamburg.