Animals and the Limits of Postmodernism 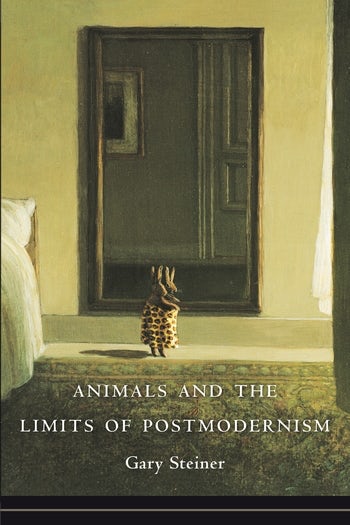 Animals and the Limits of Postmodernism

In Animals and the Limits of Postmodernism, Gary Steiner illuminates postmodernism's inability to produce viable ethical and political principles. Ethics requires notions of self, agency, and value that are not available to postmodernists. Thus, much of what is published under the rubric of postmodernist theory lacks a proper basis for a systematic engagement with ethics.

Steiner demonstrates this through a provocative critique of postmodernist approaches to the moral status of animals, set against the background of a broader indictment of postmodernism's failure to establish clear principles for action. He revisits the ideas of Derrida, Foucault, Nietzsche, and Heidegger, together with recent work by their American interpreters, and shows that the basic terms of postmodern thought are incompatible with definitive claims about the moral status of animals—as well as humans. Steiner also identifies the failures of liberal humanist thought in regards to this same moral dilemma, and he encourages a rethinking of humanist ideas in a way that avoids the anthropocentric limitations of traditional humanist thought. Drawing on the achievements of the Stoics and Kant, he builds on his earlier ideas of cosmic holism and non-anthropocentric cosmopolitanism to arrive at a more concrete foundation for animal rights.
Acknowledgments
Introduction
1. The Use and Disadvantages of Nietzsche for Life
2. Postmodernism and Justice
3. "Later here signifies never": Derrida on Animals
4. Animal Rights and the Evasions of Postmodernism
5. Toward a Nonanthropocentric Cosmopolitanism
6. Cosmopolitanism and Veganism
Bibliography
Index

Read the introduction to Animals and the Limits of Postmodernism (to view in full screen, click on icon in bottom right-hand corner)

Gary Steiner is John Howard Harris Professor of Philosophy at Bucknell University. He is the author of Anthropocentrism and Its Discontents: The Moral Status of Animals in the History of Western Philosophy and Animals and the Moral Community: Mental Life, Moral Status, and Kinship.