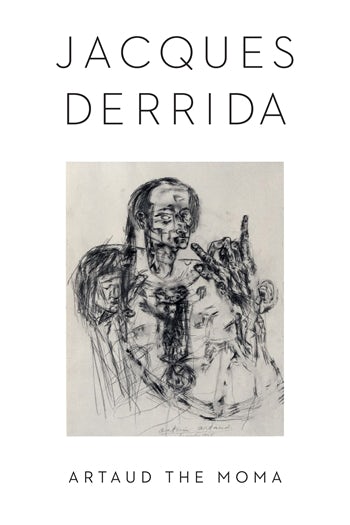 In 1996 Jacques Derrida gave a lecture at the Museum of Modern Art in New York on the occasion of Antonin Artaud: Works on Paper, one of the first major international exhibitions to present the avant-garde dramatist and poet's paintings and drawings. Derrida's original title, "Artaud the Moma," is a characteristic play on words. It alludes to Artaud's calling himself Mômo, Marseilles slang for "fool," upon his return to Paris in 1946 after nine years in various asylums, while playing off of the museum's nickname, MoMA. But the title was not deemed "presentable or decent," in Derrida's words, by the very institution that chose to exhibit Artaud's work. Instead, the lecture was advertised as "Jacques Derrida . . . will present a lecture about Artaud's drawings."

For Derrida, what was at stake was what it meant for the museum to exhibit Artaud's drawings and for him to lecture on Artaud in that institutional context. Thinking over the performative force of Artaud's work and the relation between writing and drawing, Derrida addresses the multiplicity of Artaud's identities to confront the modernist museum's valorizing of originality. He channels Artaud's specter, speech, and struggle against representation to attempt to hold the museum accountable for trying to confine Artaud within its categories. Artaud the Moma, as lecture and text, reveals the challenge that Artaud posed to Derrida—and to art and its institutional history. A powerful interjection into the museum halls, this work is a crucial moment in Derrida's thought and an insightful, unsparing reading of a challenging writer and artist.

Derrida's analysis of Artaud the Mômo and of Artaud's final works is truly unprecedented. It is the most amazing attempt ever written—brilliant, baroque, unstoppable—to confront the mad poet's vociferations and relentless scatology in their own terms while resisting his metaphysical rage for reappropriation. Sylvère Lotringer, Emeritus Professor of French, Columbia University, and general editor of Semiotext(e)

One of Derrida's most extraordinarily deep and virtuosic texts and one of the best ever written about Artaud. Denis Hollier, New York University

Jacques Derrida (1930-2004) was one of the twentieth century's most prolific and influential philosophers. He was director at the Ecole des hautes études en sciences sociales in Paris and professor of humanities at the University of California, Irvine.

Kaira M. Cabañas is associate professor of global modern and contemporary art history at the University of Florida, Gainesville.

Peggy Kamuf is Marion Frances Chevalier Professor of French and Comparative Literature at the University of Southern California.