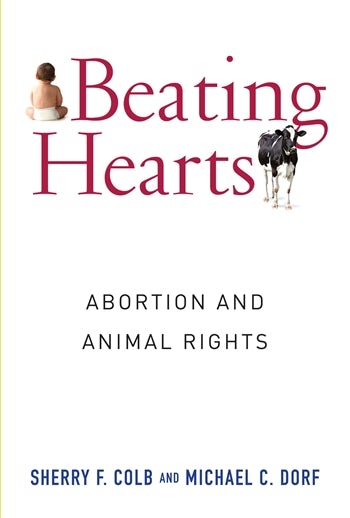 How can someone who condemns hunting, animal farming, and animal experimentation also favor legal abortion, which is the deliberate destruction of a human fetus? The authors of Beating Hearts aim to reconcile this apparent conflict and examine the surprisingly similar strategic and tactical questions faced by activists in the pro-life and animal rights movements.

Beating Hearts maintains that sentience, or the ability to have subjective experiences, grounds a being's entitlement to moral concern. The authors argue that nearly all human exploitation of animals is unjustified. Early abortions do not contradict the sentience principle because they precede fetal sentience, and Beating Hearts explains why the mere potential for sentience does not create moral entitlements. Late abortions do raise serious moral questions, but forcing a woman to carry a child to term is problematic as a form of gender-based exploitation. These ethical explorations lead to a wider discussion of the strategies deployed by the pro-life and animal rights movements. Should legal reforms precede or follow attitudinal changes? Do gory images win over or alienate supporters? Is violence ever principled? By probing the connections between debates about abortion and animal rights, Beating Hearts uses each highly contested set of questions to shed light on the other.

Beating Hearts deals with two very significant issues in a thoughtful, morally conscientious exploration of the treacherous terrain occupied by each concern and their overlapping aspects. With rare eloquence, Colb and Dorf consistently, carefully, and kindly interrogate the basis for deeply held beliefs about these extremely important issues. Taimie Bryant, Professor of Law, University of California, Los Angeles

Beating Hearts is a refreshing and surprisingly fun journey. This nuanced book clarifies how it is possible (indeed, how it is all but required) to be both pro-choice on abortion and fully committed to animal rights. Colb and Dorf offer a wealth of knowledge and insight as they walk us through the various issues raised by these two ethical commitments. Neil H. Buchanan, Professor of Law, George Washington University Law School

Beating Hearts is a deeply personal yet rigorously reasoned exploration of the moral questions that animal experimentation, hunting, and farming have in common with abortion. Sherry F. Colb and Michael C. Dorf have written a compelling condemnation of most of the ways we exploit and abuse our fellow sentient beings while defending a right to abortion—but without devaluing the human fetus. No one who has read their passionate but carefully documented analysis will ever think about these searing questions the same way again. Laurence H. Tribe, Harvard Law School

Sherry F. Colb is professor of law and Charles Evans Hughes Scholar at Cornell University. Michael C. Dorf is Robert S. Stevens Professor of Law at Cornell University. Colb is the author of When Sex Counts: Making Babies and Making Law and Mind If I Order the Cheeseburger? And Other Questions People Ask Vegans. Dorf is the author of No Litmus Test: Law Versus Politics in the Twenty-First Century and the coauthor (with Laurence H. Tribe) of On Reading the Constitution.