Modernism and the Mediated Life 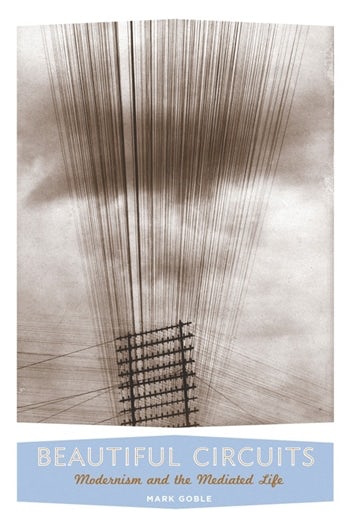 Modernism and the Mediated Life

Considering texts by Henry James, Gertrude Stein, James Weldon Johnson, F. Scott Fitzgerald, Ralph Ellison, Richard Wright, James Agee, and William Carlos Williams, alongside film, painting, music, and popular culture, Mark Goble explores the development of American modernism as it was shaped by its response to technology and an attempt to change how literature itself could communicate.

Goble's original readings reinterpret the aesthetics of modernism in the early twentieth century, when new modes of communication made the experience of technology an occasion for profound experimentation and reflection. He follows the assimilation of such "old" media technologies as the telegraph, telephone, and phonograph and their role in inspiring fantasies of connection, which informed a commitment to the materiality of artistic mediums. Describing how relationships made possible by technology became more powerfully experienced with technology, Goble explores a modernist fetish for media that shows no signs of abating. The "mediated life" puts technology into communication with a series of shifts in how Americans conceive the mechanics and meanings of their connections to one another, and therefore to the world and to their own modernity.

This is critical reading, thinking, and writing of the highest order. It is a book of many pleasures, in which an earlier and more self-serious period in literary history is read with a foreknowledge of the phantasmagoria of contemporary media culture. The authors treated emerge as even more interesting figures than we knew them to be. A major achievement of scholarship on American literary modernism. Mark McGurl, University of California, Los Angeles, author of The Program Era: Postwar Fiction and the Rise of Creative Writing

Mark Goble is associate professor of English at the University of California, Berkeley.