Between Ocean and City

The Transformation of Rockaway, New York 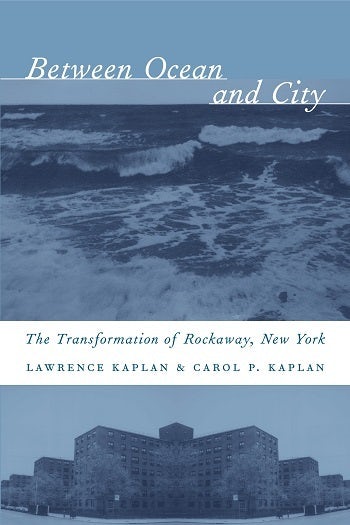 Between Ocean and City

The Transformation of Rockaway, New York

Rockaway Beach was once a popular seaside resort in south Queens with a small permanent population. Shortly after World War II, large parts of this narrow peninsula between the ocean and the bay became some of New York City's worst slums. A historian who grew up in the community and his wife, a social worker, together present an illuminating account of this transformation, exploring issues of race, class, and social policy and offering a significant revision of the larger story of New York City's development. In particular, the authors qualify some of the negative assessments of Robert Moses, suggesting that the "Power Broker" attempted for many positive initiatives for Rockaway.

Based on extensive archival research and hundreds of hours of interviews with residents, urban specialists, and government officials past and present, Between Ocean and City is a clear-eyed and harrowing story of this largely African American community's struggles and resiliency in the face of grinding poverty, urban renewal schemes gone wrong, and a forced ghettoization by the sea.

A clear-eyed and harrowing story of a largely African American community's struggles in the face of grinding poverty, urban renewal schemes gone wrong, and a forced ghettoization by the sea. www.farrockaway.com

This study is required reading for historians... Highly recommended. Choice

a photographic portrait through fifteen well-chosen images, each really saying more than a thousand words Eugenie L. Birch, The Journal of American History

Overall this is a very good book...that is worth the time of any scholar with an interest in urban development...I plan to have my doctoral students read it. Robert K. Whelan, Journal of Urban Affairs

Introduction
1. The Resort in Summer and Winter
2. Race and Real Estate
3. The Trestle Burns and the Projects Begin
4. Rockaway's Welfare
5. Robert Moses and the End of a Resort
6. Storms over Title I
7. Where They Live
8. Trends of the Sixties
9. The Whitest Neighborhood in New York
10. Divergences
11. The 310 Acres
12. The Reckoning

Lawrence Kaplan, who has taught British and American history at the City College of New York, spent his formative years in Rockaway.

Carol P. Kaplan is a practicing social worker and an associate professor at Fordham University Graduate School of Social Service.