Making Movies in a Colonial City 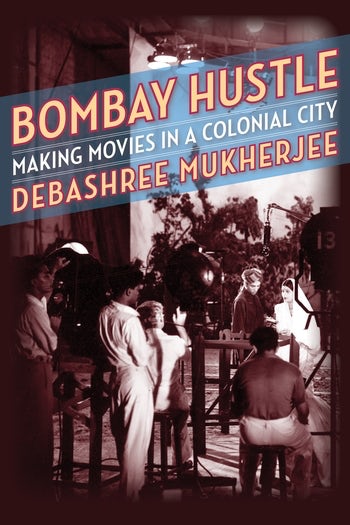 Making Movies in a Colonial City

From starry-eyed fans with dreams of fame to cotton entrepreneurs turned movie moguls, the Bombay film industry has historically energized a range of practices and practitioners, playing a crucial and compelling role in the life of modern India. Bombay Hustle presents an ambitious history of Indian cinema as a history of material practice, bringing new insights to studies of media, modernity, and the late colonial city.

Drawing on original archival research and an innovative transdisciplinary approach, Debashree Mukherjee offers a panoramic portrait of the consolidation of the Bombay film industry during the talkie transition of the 1920s–1940s. In the decades leading up to independence in 1947, Bombay became synonymous with marketplace thrills, industrial strikes, and modernist experimentation. Its burgeoning film industry embodied Bombay’s spirit of “hustle,” gathering together and spewing out the many different energies and emotions that characterized the city. Bombay Hustle examines diverse sites of film production—finance, pre-production paperwork, casting, screenwriting, acting, stunts—to show how speculative excitement jostled against desires for scientific management in an industry premised on the struggle between contingency and control. Mukherjee develops the concept of a “cine-ecology” in order to examine the bodies, technologies, and environments that collectively shaped the production and circulation of cinematic meaning in this time. The book thus brings into view a range of marginalized film workers, their labor and experiences; forgotten film studios, their technical practices and aesthetic visions; and overlooked connections among media practices, geographical particularities, and historical exigencies.

Mukherjee brings an embodied knowledge of the city and film industry and a material historian's keen sense of perception to Bombay cinema’s transition to sound. Offering an innovative and poetic account of the tangle of practitioners, technologies and techniques in the late colonial period, she reveals new archives and histories. Priya Jaikumar, University of Southern California

Debashree Mukherjee is Assistant Professor, Department of Middle Eastern, South Asian and African Studies at Columbia University. She worked in Mumbai's film and television industries from 2004-2007.