A Partial History of the Eighteenth Century 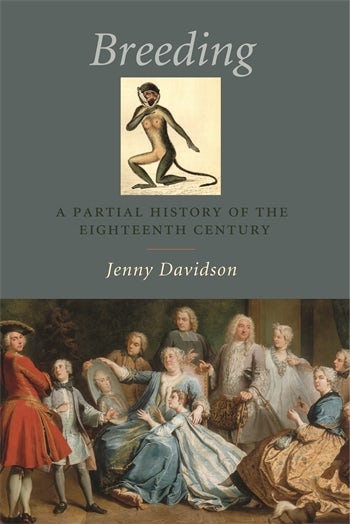 A Partial History of the Eighteenth Century

The Enlightenment commitment to reason naturally gave rise to a belief in the perfectibility of man. Influenced by John Locke and Jean-Jacques Rousseau, many eighteenth-century writers argued that the proper education and upbringingbreedingcould make any man a member of the cultural elite.

Yet even in this egalitarian environment, the concept of breeding remained tied to theories of blood lineage, caste distinction, and biological difference. Turning to the works of Locke, Rousseau, Swift, Defoe, and other giants of the British Enlightenment, Jenny Davidson revives the debates that raged over the husbandry of human nature and highlights their critical impact on the development of eugenics, the emergence of fears about biological determinism, and the history of the language itself. Combining rich historical research with a keen sense of story, she links explanations for the physical resemblance between parents and children to larger arguments about culture and society and shows how the threads of this compelling conversation reveal the character of a century. A remarkable intellectual history, Breeding not only recasts the fundamental concerns of the Enlightenment but also uncovers the seeds of thought that bloomed into contemporary notions of human perfectibility.

A stimulating and clarifying guide to a complicated and important subject, as well as a fresh perspective on eighteenth-century Britain. Patricia Meyer Spacks, Journal of British Studies

Acknowledgments
Introduction. Breeding Before Biology
1. The Rules of Resemblance
2. Bent
3. Cultures of Improvement
4. A Natural History of Inequality
5. Blots on the Landscape
6. Shibboleths
Conclusion. The Promise of Perfection
Notes
Bibliography of Works Cited
Index

Jenny Davidson is an associate professor of English and comparative literature at Columbia University. She is the author of two novels, Heredity and The Explosionist, and a critical work, Hypocrisy and the Politics of Politeness: Manners and Morals from Locke to Austen.