Britain and the Challenges of Modern Warfare 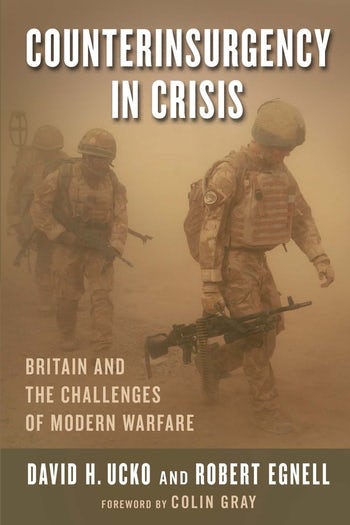 Britain and the Challenges of Modern Warfare

Long considered the masters of counterinsurgency, the British military encountered significant problems in Iraq and Afghanistan when confronted with insurgent violence. In their effort to apply the principles and doctrines of past campaigns, they failed to prevent Basra and Helmand from descending into lawlessness, criminality, and violence.

By juxtaposing the deterioration of these situations against Britain's celebrated legacy of counterinsurgency, this investigation identifies both the contributions and limitations of traditional tactics in such settings, exposing a disconcerting gap between ambitions and resources, intent and commitment. Building upon this detailed account of the Basra and Helmand campaigns, this volume conducts an unprecedented assessment of British military institutional adaptation in response to operations gone awry. In calling attention to the enduring effectiveness of insurgent methods and the threat posed by undergoverned spaces, David H. Ucko and Robert Egnell underscore the need for military organizations to meet the irregular challenges of future wars in new ways.

David H. Ucko is associate professor at the College of International Security Affairs, National Defense University, and an adjunct fellow at the Department of War Studies, King's College London. His research areas include civil war, counterinsurgency, and war-to-peace transitions. He is the author of The New Counterinsurgency Era: Transforming the U.S. Military for Modern Wars and coeditor of Reintegrating Armed Groups After Conflict.

Robert Egnell is visiting associate professor and Director of Teaching in the Security Studies Program at Georgetown University. His research focuses on the conduct and effectiveness of different forms of stability operations and statebuilding. He is the author of Complex Peace Operations and Civil-Military Relations: Winning the Peace and coeditor of New Agendas in Statebuilding: Hybridity, Contingency, and History.

Colin Gray is professor of international politics and strategic studies at the University of Reading, England, and an external researcher at the Strategic Studies Institute, United States Army War College.