A New Strategy for the United States 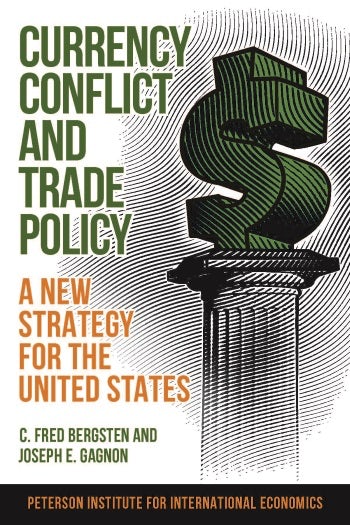 A New Strategy for the United States

Conflicts over currency valuations are a recurrent feature of the modern global economy. To strengthen their international competitiveness, many countries resort to buying foreign currencies to make their exports cheaper and their imports more expensive. In the first decade of the twenty-first century, for example, China's currency manipulation practices were so flagrant that they produced a backlash in the United States and other trading partners, prompting threats of retaliation. How damaging is the practice of currency manipulation—and how extensive is the problem? This book by C. Fred Bergsten and Joseph E. Gagnon—two leading experts on trade, investment, and the effects of currency manipulation—traces the history, causes, and effects of currency manipulation and analyzes a range of policy responses that the United States could adopt. The book is an indispensable guide to a complex and serious problem and what might be done to solve it.

C. Fred Bergsten, senior fellow and director emeritus, was the founding director of the Peterson Institute for International Economics (formerly the Institute for International Economics) from 1981 through 2012. He is serving his second term as a member of the President's Advisory Committee for Trade Policy and Negotiations and was co-chairman of the Private Sector Advisory Group to the United States–India Trade Policy Forum, comprising the trade ministers of those two countries, during 2007–14.