Democracy Past and Future 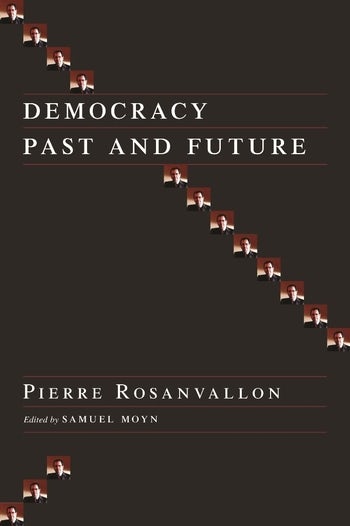 Democracy Past and Future

Democracy Past and Future is the first English-language collection of Pierre Rosanvallon's most important essays on the historical origins, contemporary difficulties, and future prospects of democratic life.

One of Europe's leading political thinkers, Rosanvallon proposes in these essays new readings of the history, aims, and possibilities of democratic theory and practice, and provides unique theoretical understandings of key moments in democracy's trajectory, from the French Revolution and the struggles for universal suffrage to European unification and the crises of the present. In so doing, he lays out an influential new theory of how to write the history of politics. Rosanvallon's historical and philosophical approach examines the "pathologies" that have curtailed democracy's potential and challenges the antitotalitarian liberalism that has dominated recent political thought. All in all, he adroitly combines historical and theoretical analysis with an insistence on the need for a new form of democracy. Above all, he asks what democracy means when the people rule but are nowhere to be found.

Throughout his career, Rosanvallon has resisted simple categorization. Rosanvallon was originally known as a primary theorist of the "second left", which hoped to stake out a non-Marxist progressive alternative to the irresistible appeal of revolutionary politics. In fact, Rosanvallon revived the theory of "civil society" even before its usage by East European dissidents made it globally popular as a non-statist politics of freedom and pluralism. His ideas have been shaped by a variety of influences, ranging from his work with an influential French union to his teachers François Furet and Claude Lefort.

Well known throughout Europe as a historian, political theorist, social critic, and public intellectual, Pierre Rosanvallon was recently elected to a professorship at the Collège de France, Paris, a position held at various times by Claude Lévi-Strauss, Michel Foucault, and Pierre Bourdieu. Democracy Past and Future begins with Rosanvallon's groundbreaking and synthetic lecture that he delivered upon joining this institution. Throughout the volume, Rosanvallon illuminates and invigorates contemporary political and democratic thought.

A long overdue introduction to a figure who defies both sound bites and the familiar academic division of labor. Inside Higher Ed.

This is an excellent book for both specialists in political theory and political activists... Highly recommended. Choice

Read an >excerpt from Democracy and Freedom

Pierre Rosanvallon is a professor at the Collège de France, Paris, where he holds the chair in the modern and contemporary history of the political. Among many other books, he is the author of The Demands of Liberty: Civil Society in France Since the Revolution. Samuel Moyn is professor of history at Columbia University. He is the author of two books, including Origins of the Other: Emmanuel Levinas Between Revelation and Ethics.