Poetry in the Shadow of the Past 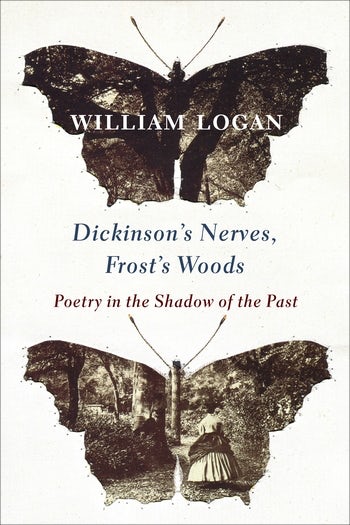 Poetry in the Shadow of the Past

In Dickinson’s Nerves, Frost’s Woods, William Logan, the noted and often controversial critic of contemporary poetry, returns to some of the greatest poems in English literature. He reveals what we may not have seen before and what his critical eye can do with what he loves. In essays that pair different poems—“Ozymandias,” “On First Looking Into Chapman’s Homer,” “In a Station of the Metro,” “The Red Wheelbarrow,” “After great pain, a formal feeling comes,” and “Stopping by Woods on a Snowy Evening,” among others—Logan reconciles history and poetry to provide new ways of reading poets ranging from Shakespeare and Shelley to Lowell and Heaney.

In these striking essays, Logan presents the poetry of the past through the lens of the past, attempting to bring poems back to the world in which they were made. Logan’s criticism is informed by the material culture of that world, whether postal deliveries in Regency London, the Métro lighting in 1911 Paris, or the wheelbarrows used in 1923. Deeper knowledge of the poet’s daily existence lets us read old poems afresh, providing a new way of understanding poems now encrusted with commentary. Logan shows that criticism cannot just root blindly among the words of the poem but must live partly in a lost world, in the shadow of the poet’s life and the shadow of the age.

Dickinson's Nerves, Frost's Woods only confirms and enriches my sense that William Logan is the most outstanding critic of poetry now practicing in America. An extraordinary critical effort. William Pritchard, Amherst College

Logan’s ear can be superb, and when he’s on charitable form, he can teach any reader to hear better. There are many such moments in Dickinson’s Nerves, Frost’s Woods; whole passages of forensic attention that serve as examples to critical thought. Cal Revely-Calder, Times Literary Supplement

William Logan is Alumni/ae Professor and Distinguished Teaching Scholar at the University of Florida. He is the author of The Undiscovered Country: Poetry in the Age of Tin (2005); Our Savage Art: Poetry and the Civil Tongue (2009); and Guilty Knowledge, Guilty Pleasure: The Dirty Art of Poetry (2012), all from Columbia University Press, as well as eleven books of poems and other works of criticism.