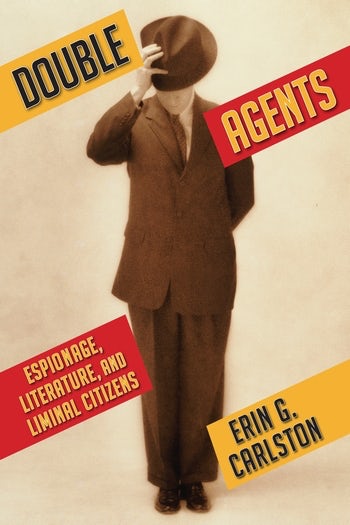 Why were white bourgeois gay male writers so interested in spies, espionage, and treason in the twentieth century? Erin G. Carlston believes such figures and themes were critical to exploring citizenship and its limits, requirements, and possibilities in the modern Western state. Through close readings of Marcel Proust's novels, W. H. Auden's poetry, and Tony Kushner's play Angels in America, which all reference real-life espionaage cases involving Jews, homosexuals, or Communists, Carlston connects gay men's fascination with spying to larger debates about the making and contestation of social identity.

Carlston argues that in the modern West, a distinctive position has been assigned to those perceived to be marginal to the nation because of non-visible religious, political, or sexual differences. Because these "invisible Others" existed somewhere between the wholly alien and the fully normative, they evoked acute anxieties about the security and cohesion of the nation-state. Incorporating readings of nonliterary cultural artifacts, such as trial transcripts, into her analysis, Carlston pinpoints moments in which national self-conceptions in France, England, and the United States grew unstable. Concentrating specifically on the Dreyfus affair in France, the defections of Communist spies in the U.K., and the Rosenberg case in the United States, Carlston directly links twentieth-century tensions around citizenship to the social and political concerns of three generations of influential writers.

Her work will interest scholars in GBLTQ studies as well as popular culture studies. Choice

Read the introduction to Double Agents (to view in full screen, click on icon in bottom right-hand corner)

Erin G. Carlston is associate professor of English and comparative literature at the University of North Carolina at Chapel Hill, where she serves on the Board of the Carolina Center for Jewish Studies and has directed the Program in Sexuality Studies. Her previous publications include Thinking Fascism: Sapphic Modernism and Fascist Modernity (Stanford University Press, 1998) and articles in Modern Fiction Studies, American Literary History, Aztlán, and Romanic Review.