The Allure of Suicide Terror 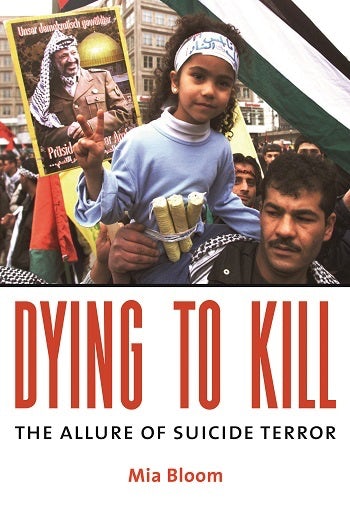 The Allure of Suicide Terror

What motivates suicide bombers in Iraq and around the world? Can winning the hearts and minds of local populations stop them? Will the phenomenon spread to the United States? These vital questions are at the heart of this important book. Mia Bloom examines the use, strategies, successes, and failures of suicide bombing in Asia, the Middle East, and Europe and assesses the effectiveness of government responses. She argues that in many instances the efforts of Israel, Russia, and the United States in Iraq have failed to deter terrorism and suicide bombings. Bloom also considers how terrorist groups learn from one another, how they respond to counterterror tactics, the financing of terrorism, and the role of suicide attacks against the backdrop of larger ethnic and political conflicts.

Dying to Kill begins with a review of the long history of terrorism, from ancient times to modernity, from the Japanese Kamikazes during World War II, to the Palestinian, Tamil, Iraqi, and Chechen terrorists of today. Bloom explores how suicide terror is used to achieve the goals of terrorist groups: to instill public fear, attract international news coverage, gain support for their cause, and create solidarity or competition between disparate terrorist organizations. She contends that it is often social and political motivations rather than inherently religious ones that inspire suicide bombers. In her chapter focusing on the increasing number of women suicide bombers and terrorists, Bloom examines Sri Lanka, where 33 percent of bombers have been women; Turkey, where the PKK used women feigning pregnancy as bombers; and the role of the Black Widows in the Chechen struggle against Moscow.

The motives of individuals, whether religious or nationalist, are important but the larger question is, what external factors make it possible for suicide terrorism to flourish? Bloom describes these conditions and develops a theory of why terrorist tactics work in some instances and fail in others.

This lucid and comprehensive study of the historical roots and contemporary motivations of suicide terror is a major study. Publishers Weekly

An insightful investigation into the internal workings of terrorist groups. Karl Helicher, ForeWord

Pertinent for western countries... It's a great introduction for students and those wishing to know more about the complex motivations of suicide bombers. Katherine Boothroyd, Altar Magazine

The book is both well written and very informative... In troubled times such as these the book is worth reading. Stefan Isaksson, UFO.SE

Dying to Kill leaves us with a better understanding of the effects of oppression on populations, and the rationale behind the adoption of suicide bombing as a strategy by both groups and individuals. Aharon Horowitz, Azure

Anyone who wishes to really attempt to understand the history and motivations, Mia Bloom's tome is the way to go. American Jewish Life

Read the >Preface to the paperback edition of Dying to Kill: The Allure of Suicide Terror.

Mia Bloom is an assistant professor of International Affairs at the University of Georgia in Athens. She is a term member of the Council on Foreign Relations and member of the Council of World Affairs. She has published numerous articles on war, terrorism, and ethnic conflict, and her research investigates atrocities across several regions, contrasting the Middle East with South Asia, Europe, and Africa. She lives in Atlanta, Georgia, and Crail, Scotland.