Philosophy After the Apollo Missions 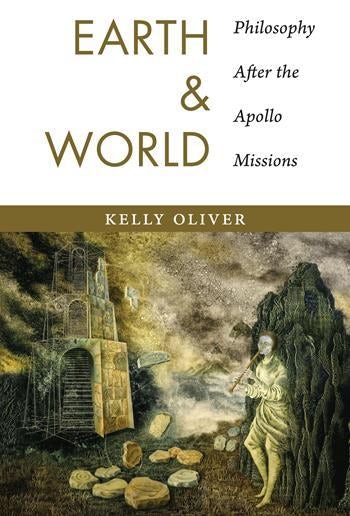 Philosophy After the Apollo Missions

Critically engaging the work of Immanuel Kant, Hannah Arendt, Martin Heidegger, and Jacques Derrida together with her own observations on contemporary politics, environmental degradation, and the pursuit of a just and sustainable world, Kelly Oliver lays the groundwork for a politics and ethics that embraces otherness without exploiting difference. Rooted firmly in human beings' relationship to the planet and to each other, Oliver shows peace is possible only if we maintain our ties to earth and world.

Oliver begins with Immanuel Kant and his vision of politics grounded on earth as a finite surface shared by humans. She then incorporates Hannah Arendt's belief in plural worlds constituted through human relationships; Martin Heidegger's warning that alienation from the Earth endangers not only politics but also the very essence of being human; and Jacques Derrida's meditations on the singular worlds individuals, human and otherwise, create and how they inform the reality we inhabit. Each of these theorists, Oliver argues, resists the easy idealism of world citizenship and globalism, yet they all think about the earth against the globe to advance a grounded ethics. They contribute to a philosophy that avoids globalization's totalizing and homogenizing impulses and instead help build a framework for living within and among the world's rich biodiversity.

Earth and World will make a superb contribution to environmental and continental ethics, and will be widely read and taught in continental philosophy as an anchor text for growing interest in rethinking response ethics in the context of environmental and interspecies ethics. Cynthia Willett, Emory University

Not only does Oliver take up the ontological question concerning the meaning of earth and world, she also fully engages the social, political, and ethical dimensions of this relationship. This is an excellent book, well-composed, provocative at times, far-reaching in its implications, and enduringly relevant to current issues and concerns. Brian Schroeder, Rochester Institute of Technology

Oliver connects Heidegger's pivotal distinction between Earth and World to deliberations on cosmopolitanism from Kant to Arendt and Derrida and to thinking earth as the sustaining ground of not-just-human life. Drawing effortlessly on film and popular culture, this is a brilliant, lucid, and highly readable companion to the End Times. David Wood, Vanderbilt University

In her brilliant new book, Oliver demonstrates precisely why philosophy could never be the same 'after the Apollo Missions.' She explores in an absolutely lucid and compelling way the ethical challenges and opportunities that emerged at the moment our planet—our environment, our home—was seen from outer space as that 'blue marble.' Michael Naas, DePaul University

Acknowledgments
1. The Big Picture: Philosophy After the Apollo Missions
2. The Earth's Inhospitable Hospitality: Kant
3. Plurality as the Law of the Earth: Arendt
4. The Earth's Refusal: Heidegger
5. The World Is Not Enough: Derrida
6. Terraphilia: Earth Ethics
Notes
Bibliography
Index

Kelly Oliver is W. Alton Jones Professor of Philosophy at Vanderbilt University. She is the author of more than one hundred articles and twelve books, including Technologies of Life and Death: From Cloning to Capital Punishment; Knock Me Up, Knock Me Down: Images of Pregnancy in Hollywood Films; Animal Lessons: How They Teach Us to Be Human; and Women as Weapons of War: Iraq, Sex, and the Media.