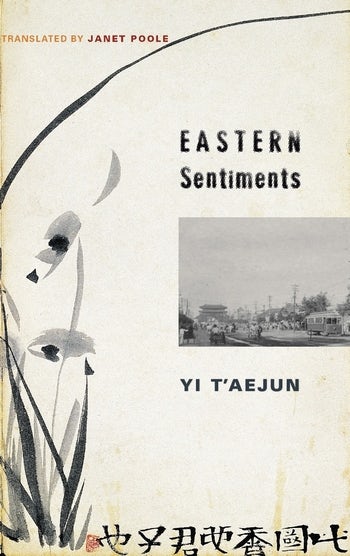 The Confucian gentleman scholars of the Choson dynasty (1392-1910) often published short anecdotes exemplifying their values and aesthetic concerns. In modern Seoul one scholar in particular would excel at adapting this style to a contemporary readership: Yi T'aejun.

Yi T'aejun was a prolific and influential writer of colonial Korea and an acknowledged master of the short story and essay. He also wrote numerous novels and was an influential editor of cultural news. Born in northern Korea in 1904, Yi T'aejun settled in Seoul after a restless youth that included several years of study in Japan. In 1946, he moved to Soviet-occupied northern Korea, but by 1956, a purge of southern communists forced him into exile. His subsequent whereabouts cannot be confirmed, though rumors claim Yi returned to Pyongyang, only to be exiled once more. It is believed Yi T'aejun passed away between 1960 and 1980, but his works were not made available until 1988, when South Korean censorship laws concerning authors who had sided with the north were eased.

The essays in this collection reflect Yi's distinct voice and lyrical expression, revealing thoughts on a variety of subjects, from gardens to immigrant villages in Manchuria, from antiques to colonial assimilation, and from fishing to the recovery of Korea's past. Yi laments the passing of tradition with keen sensibility yet, at the same time, celebrates human perseverance in the face of loss and change. Most important, his essays recount the author's attempt to re-experience the past and keep it alive against absorption into the Japanese nation.

An elegy for a literature that is disappearing. Korea Herald

Yi is an engaging writer, and he is fortunate to have found such an empathetic translator. Asian Review of Books

Translator's Acknowledgments
Introduction
Walls
Water
Night
Early Ripening
Death
Mountains
The Flowerbed
The Banana Plant
Feet
Compassion
Stones
The Sea
The City Wall
Autumn Flowers
Dawn
Loneliness
Narcissus
History
For Whom Do We Write?
The Critic
Eastern Sentiments
The Short Story and the Conte
Titles and Other Matters
Korea's Fiction
The Taste of Fiction
The Fiction Writer
Friendship Between Men and Women
This Thing Called the Popular
The Taste of The Tale of Ch'unhyang
Kisaeng and Poetry
Orchid
Night Flight
Books
Brush and Ink
Copying
One Part Words
Nature and Books
The Love of a Work
Other People's Writing
After Illness
The New Bride and an Ink Painting of Bamboo
Readers' Letters
The Year of the Ox
Trees
Plum Blossom
The Classics
A Poor Drinker
The Carpenters
Fishing
Oriental Painting
Antiques
Antiques and Daily Life
Fiction
Greetings
The Old Writings of Two Qing Poets
Diary from a Seaside Village (Sh?wa 11)
Record of a Journey to Manchuria

Janet Poole teaches Korean literature in the Department of East Asian Studies at the University of Toronto. She has translated the works of many writers from colonial Korea.