New York Through the Centuries 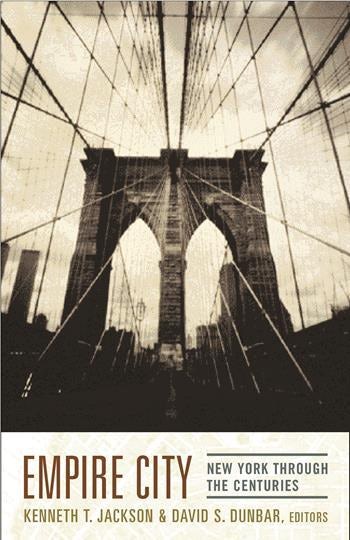 New York Through the Centuries

As perhaps never before in its extraordinary history, New York has captured the American imagination. This major anthology brings together not only the best literary writing about New York—from O. Henry, Theodore Dreiser, F. Scott Fitzgerald, John Steinbeck, Paul Auster, and James Baldwin, among many others—but also the most revealing essays by politicians, philosophers, city planners, social critics, visitors, immigrants, journalists, and historians.

The anthology begins with an account of Henry Hudson's voyage in 1609 and ends with an essay written especially for this book by John P. Avlon, former Mayor Rudolph Guiliani's speechwriter, called "The Resilient City," on the September 11th attack on the World Trade Center as observed from City Hall. The editors have chosen some familiar favorites, such as Washington Irving's A History of New York and Walt Whitman's "Crossing Brooklyn Ferry," as well as lesser-known literary and historical gems, such as Frederick Law Olmsted's plan for Central Park and Cynthia Ozick's "The Synthetic Sublime"—an updated answer to E. B. White's classic essay Here Is New York, which is also included. The variety and originality of the selections in Empire City offer a captivating account of New York's growth, and reveal often forgotten aspects of its political, literary, and social history.

The city, in all its confounding glory, is the subject of Kenneth T. Jackson and David S. Dunbar's anthology, Empire City. New Yorker

The sheer amount of out-of-the-way text and lore among these 158 pieces is worth the price of admission; the city comes alive through the texts it has produced. Publishers Weekly

This volume is an anthology to be savored...Empire City is a treat for anyone who is interested in New York. Barbara Blumberg, The Historian

A monumental documentary history of New York City... These documents illustrate much of the American experience beyond the five boroughs. This collection is of value to anyone who seeks to add eyewitness understanding to his or her perception of the development and growth of the United States. John A. Grigg, New York History

Kenneth T. Jackson is Jacques Barzun Professor of History and the Social Sciences at Columbia University, and president of the New-York Historical Society. He edited the monumental Encyclopedia of New York City and was a prominent contributor to the PBS documentary New York and its companion volume.

David S. Dunbar is co-founder and academic dean of CITYterm at the Masters School in Dobbs Ferry, New York, an interdisciplinary, experience-based semester program that immerses high school students from around the country in the history, literature, and culture of New York City. He lives in New York City.