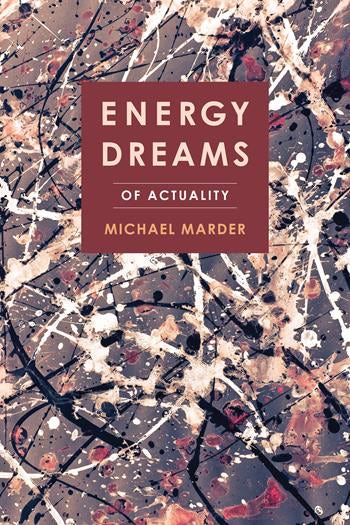 The question of energy is among the most vital for the future of humanity and the flourishing of life on this planet. Yet, only very rarely (if at all) do we ask what energy is, what it means, what ends it serves, and how it is related to actuality, meaning-making, and instrumentality. Energy Dreams interrogates the ontology of energy from the first coinage of the word energeia by Aristotle to the current practice of fracking and the popularity of "energy drinks." Its sustained, multi-disciplinary investigation builds a theoretical infrastructure for an alternative energy paradigm.

This study unhinges stubbornly held assumptions about energy, conceived in terms of a resource to be violently extracted from the depths of the earth and from certain living beings (such as plants, converted into biofuels), a thing that, teetering on the verge of depletion, sparks off movement and is incompatible with the inertia of rest. Consulting the insights of philosophers, theologians, psychologists and psychoanalysts, economic and political theorists, and physicists, Michael Marder argues that energy is not only a coveted object of appropriation but also the subject who dreams of amassing it; that it not only resides in the dimension of depth but also circulates on the surface; that it activates rest as much as movement, potentiality as much as actuality; and that it is both the means and the end of our pursuits. Ultimately, Marder shows that, instead of being grounded in utopian naïveté, the dreams of another energy—to be procured without devastating everything in existence—derive from the suppressed concept of energy itself.

Energy is something that pervades all our concerns from ecological to libidinal: we dream about clean renewable energy, condemn fracking, gain strength through energy drinks. Michael Marder's Energy Dreams moves beyond these topics and asks a more fundamental hermeneutic question: what understanding of energy is presupposed in our mundane concerns? He demonstrates brilliantly that we need a new philosophical paradigm and that only in this way will we be able to properly confront all the practical problems in our dealings with energy. Marder's book makes it clear that only a deeper theoretical reflection will enable us to solve our most "practical" problems—a lesson needed like daily bread in today's world, which more and more abhors authentic thinking. Slavoj Žižek, author of Less Than Nothing and Absolute Recoil

Energy Dreams is an intellectually fascinating and exciting investigation of energy, and it represents a new generation of environmental thinking that tackles the environmental crisis with philosophical sophistication and adventurousness. This book is a must-read for anyone interested in contemporary debates in environmental and political philosophy. Adrian Parr, author of The Wrath of Capital

Energy Dreams is a passionate philosophical page-turner, a beautifully rendered and urgently needed elemental philosophy of non-violence that journeys to the very heart of how we imagine our relationships to ourselves, each other, our worlds, and the earth itself. Marder's vegetal thinking is visionary. Kelly Oliver, author of Earth and World: Philosophy After the Apollo Missions

Michael Marder's Energy Dreams is a book on energeia, broadly conceived, a reflectively literal tour de force, moving through Aristotle to Hegel, including the many contemporary and historical meanings of energy, touching down with Heidegger and even Carl Schmitt but always returning to Aristotle. Marder offers a conversational yet rigorous reflection on some the most important issues of our time. Babette Babich, Fordham University

Michael Marder (PhD, Philosophy, the New School) is IKERBASQUE Research Professor of Philosophy at the University of the Basque Country. He is the author of, among other books, Groundless Existence: The Political Ontology of Carl Schmitt (Continuum, 2012), The Event of the Thing: Derrida’s Post-Deconstructive Realism (Toronto, 2013), Plant-Thinking: A Philosophy of Vegetal Life (Columbia, 2013), The Philosopher's Plant: An Intellectual Herbarium (Columbia, 2014), Energy Dreams (Columbia, 2017), and, with Luce Irigaray, Through Vegetal Being: Two Philosophical Perspectives (Columbia, 2016).