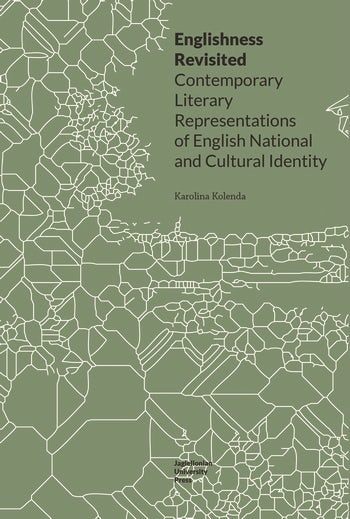 The book discusses selected works of literature written in Great Britain in the final decades of the twentieth century in the context of contemporary debates on English national and cultural identity. Its main goal is to investigate how writers discussed in the book, Peter Ackroyd, Julian Barnes, and Adam Thorpe, address the issue of Englishness and to examine how they revisit its traditional formulations. Literary works by Ackroyd, Barnes, and Thorpe are discussed in the context of philosophy of history, spatial definitions of Englishness founded upon the myth of Green England, the tradition of the pastoral novel, and the discourse of the picturesque. Literary approaches to these issues are confronted with prevailing discourses of Englishness that in the late twentieth century were being both reinforced and questioned from different positions, as well as addressed by the authors in questions in their novels and polemical texts.

Karolina Kolenda is an assistant professor at the Faculty of Art of the Pedagogical University of Krakow. She is a literary scholar and art historian. Her research interests focus on contemporary British literature and visual arts, cultural geography, and landscape studies. She is also an art critic and curator. She is an author of the book on cultural identity and British art after 1945, titled Na (nie) swojej ziemi. Tożsamość kulturowa i sztuka w Wielkiej Brytanii po 1945.