A Life in the Harlem Renaissance and the Transatlantic Caribbean 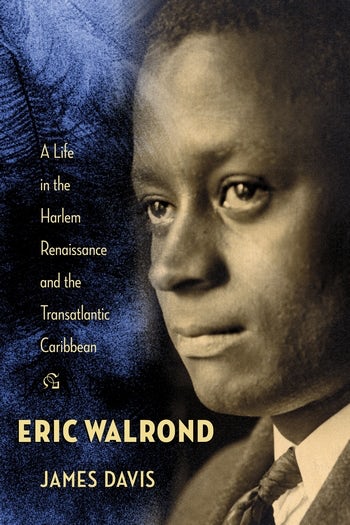 A Life in the Harlem Renaissance and the Transatlantic Caribbean

Eric Walrond (1898–1966) was a writer, journalist, caustic critic, and fixture of 1920s Harlem. His short story collection, Tropic Death, was one of the first efforts by a black author to depict Caribbean lives and voices in American fiction. Restoring Walrond to his proper place as a luminary of the Harlem Renaissance, this biography situates Tropic Death within the author's broader corpus and positions the work as a catalyst and driving force behind the New Negro literary movement in America.

In 1929, Walrond severed ties with Harlem, but he did not disappear. He contributed to the burgeoning anticolonial movement and print culture centered in England and fueled by C. L. R. James, George Padmore, and other Caribbean expatriates. His history of Panama, shelved by his publisher during the Great Depression, was the first to be written by a West Indian author. Unearthing documents in England, Panama, and the United States, and incorporating interviews, criticism of Walrond's fiction and journalism, and a sophisticated account of transnational black cultural formations, Davis builds an eloquent and absorbing narrative of an overlooked figure and his creation of modern American and world literature.

A great read, even for readers who do not know about the Harlem Renaissance and Eric Walrond. The book tells a fascinating and moving story of a literary talent's demise, or what it takes to nurture and support the literary talents of minority and impoverished writers struggling with their issues of self-esteem and self-confidence while living in straitened circumstances. Michelle Ann Stephens, Rutgers University–New Brunswick

Eric Walrond, handsome, cosmopolitan, and beguilingly enigmatic, may have been the most promising literary talent of the Harlem Renaissance. His collection, Tropic Death, was an astonishing succes d'estime. A Guggenheim Fellowship certified the promise of The Big Ditch, Walrond's bildungsroman of capitalism, underdevelopment, and race. In one of the more mysterious losses in American letters, the book never appeared and its author disappeared. James Davis's finely written, beautifully paced Eric Walrond is a major biography of a fascinating figure, a triumph of archival sleuthing that reintroduces readers to almost everybody known to his peripatetic protagonist. David Levering Lewis, New York University

Davis has given us a rich portrait of the writer who may be the greatest conundrum of the Harlem Renaissance: Eric Walrond. He not only situates the 'sepulchral' brilliance of Walrond's best-known book, Tropic Death, but also recovers a much larger corpus of fugitive articles and stories. As peripatetic (with stops in Barbados, Panama, the United States, Haiti, France, and England) as it was ultimately tragic, Walrond's life may be the single most resonant record of the transnational contours of black culture in the period. Brent Hayes Edwards, author of The Practice of Diaspora

An eloquent biography. . . . Davis's careful and meticulous research re-establishes Walrond as one of the first black writers to depict Caribbean lives and voices in American fiction, putting him alongside his peers in the Harlem Renaissance. Publishers Weekly

[Davis's] biography provides deft readings of the Harlem Renaissance and the transatlantic Caribbean, while bringing Walrond out of the shadows. Douglas Field, Times Literary Supplement

Skillfully researched and engagingly composed, the books stands as a discerning recuperation of a paradigmatic but neglected figure. Small Axe Salon

James Davis’s reconstruction of the life of Eric Walrond, and Christian Høgsbjerg’s measured account of the first phase of C L R James’s life in England, are both magnificent contributions to our understanding of the twentieth-century Caribbean. Bill Schwartz, Wasafiri

James Davis is a professor in the American Studies Program and the English Department at Brooklyn College, where he is also the deputy chair for graduate studies. He is author of Commerce in Color: Race, Consumer Culture, and American Literature, 1893–1933 (2007).