A History of Science in Documentary Films and Television 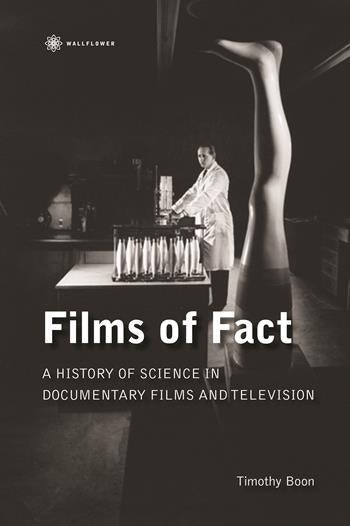 A History of Science in Documentary Films and Television

Britain has long been recognised for its proud contribution to documentary cinema, yet its long tradition of scientific and medical documentaries remains underrepresented in the literature on nonfiction film. Films of Fact is the first in-depth history of the genre, which began with amateur hobbyists in the early twentieth century, played a key role in government postwar health programmes, and became a treasured part of popular culture with BBC2's Horizon and the programming of Channel 4. Central to the narrative is Paul Rotha, a pioneering advocate of science broadcasting of the postwar period, and a figure second only to John Grierson in British documentary history, who helped nurture the collaborative ethos and practices that make scientific and medical documentaries a unique subgenre of documentary cinema. Written by a specialist scientific scholar, Films of Fact is a landmark text on a crucial yet rarely discussed aspect of British popular culture. Discussed are films such as World of Plenty (1943) and Land of Promise (1945) and television programmes such as Horizon (1964 onwards) and Crucible: Science and Society (1982).

This succinct, well-crafted overview of the history of the science documentary in Britain... adds another perspective to the genre of documentary film... Highly recommended. Choice

A welcome contribution to thinking through the issues of science in public in the twentieth century. Metascience

[A] thorough and loving book. British Journal for the History of Science

Well worth buying and stuying closly purely for its superb historical analyses of science-related documentary films... and as an inspiring study in the impact of scientific and social idealism on public life. Viewfinder

Timothy Boon is head of collections at the Science Museum, London. He is also a historian and curator of science, medicine and film, and a contributor to Signs of Life: Medicine and Cinema (2005).