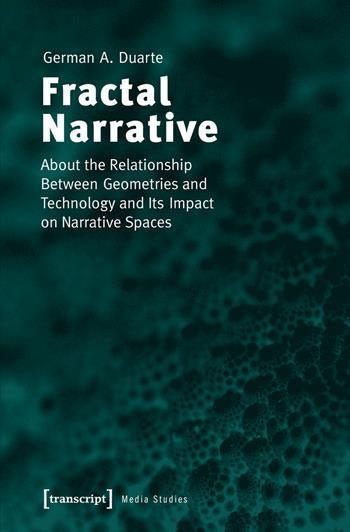 Fractals suggest recursivity, infinity, and the repetition of a principle of order. They are digital pictures of the universe's continuous movement ignored by mankind during millennia. This book investigates the relationship between geometries and technology and how it guides cognitive processes and therefore the organization of narrative spaces. German A. Duarte proposes a new approach to the study of media, arguing that from Bacon's camera obscura to von Neumann's computers, both geometries and technology strongly influenced the organization of narrative spaces, which acquired a fractal character.

German A. Duarte holds a Ph.D. in media studies from Ruhr-Universität Bochum. His research interests include history of media, film history, new technologies in audiovisual narratives, cognitive-cultural economy, and philosophy.