Freedom and the Self

Essays on the Philosophy of David Foster Wallace 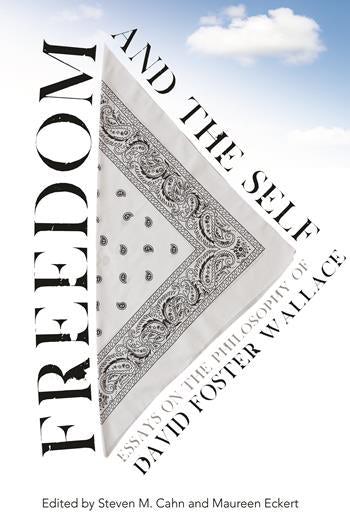 Freedom and the Self

Essays on the Philosophy of David Foster Wallace

The book Fate, Time, and Language: An Essay on Free Will, published in 2010 by Columbia University Press, presented David Foster Wallace's challenge to Richard Taylor's argument for fatalism. In this anthology, notable philosophers engage directly with that work and assess Wallace's reply to Taylor as well as other aspects of Wallace's thought.

With an introduction by Steven M. Cahn and Maureen Eckert, this collection includes essays by William Hasker (Huntington University), Gila Sher (University of California, San Diego), Marcello Oreste Fiocco (University of California, Irvine), Daniel R. Kelly (Purdue University), Nathan Ballantyne (Fordham University), Justin Tosi (University of Arizona), and Maureen Eckert. These thinkers explore Wallace's philosophical and literary work, illustrating remarkable ways in which his philosophical views influenced and were influenced by themes developed in his other writings, both fictional and nonfictional. Together with Fate, Time, and Language, this critical set unlocks key components of Wallace's work and its traces in modern literature and thought.

Cahn and Eckhert have here assembled a very fine collection of essays on philosophical themes in the work of the acclaimed novelist David Foster Wallace, whose philosophical talents are only just being recognized. Philosophers interested in the topic of fatalism should take special note, as well as those interested in Wallace's work more generally. Patrick Todd, University of Edinburgh

In the last decade, Wallace scholarship has often confined itself to narrow corridors, covering and re-covering excursions that have become increasingly familiar. This collection opens up a new wing of the critical mansion, not only building up our understanding of Wallace's important early engagement with Taylor but also pressing his investigations toward lively new dialogues with John McFarlane, David Lewis, Archilochus, Richard Rorty, and many others. Stephen J. Burn, University of Glasgow

Philosophically rigorous... This collection of essays provides insight into the philosophical career of celebrated author Wallace and serves as a good introduction to the metaphysical problems surrounding determinism, time travel, and free will. Recommended for all libraries. Library Journal

An impressive anthology of seminal scholarship. The Midwest Book Review

Steven M. Cahn is professor of philosophy at the Graduate Center of the City University of New York. He has written or edited some fifty books, including Fate, Logic, and Time; God, Reason, and Religion; Saints and Scamps: Ethics in Academia; and From Student to Scholar: A Candid Guide to Becoming a Professor.

Maureen Eckert is associate professor of philosophy at the University of Massachusetts Dartmouth. She teaches courses in a variety of areas, including ancient Greek philosophy, logical paradoxes, and free will. With Steven M. Cahn, she edited Fate, Time, and Language: An Essay on Free Will.