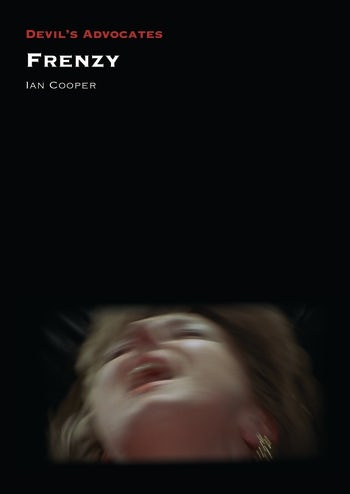 Frenzy (1972) was Alfred Hitchcock's penultimate film, and arguably one of his most misunderstood and neglected. Whereas even Psycho (1960) did eventually become respectable – indeed, it's a good contender for the most admired of the Master's films - Frenzy still remains problematic for many. While Raymond De Foery makes his feelings clear in the title of his book, Alfred Hitchcock's Frenzy: The Last Masterpiece, Hitchcock's controversial biographer Donald Spoto calls the film "repulsive" and "a closed and coldly negative vision of human possibility". Frenzy is perhaps Hitchcock's most nakedly autobiographical film, representing both a comeback and farewell to the city of his birth. But it started out as a very different kind of project. This Devil's Advocate discusses the evolution of the film, its production, reception, and place in Hitchcock's oeuvre, as well as its status as a key film of "sleazy Seventies" British cinema.

Ian Cooper is a Germany-based screenwriter, teacher, and writer on film. He is the author of Frightmares (2016) and Witchfinder General (Devil's Advocates, 2011), both published by Auteur.