From Ancient Ecphrasis to Virtual Reality 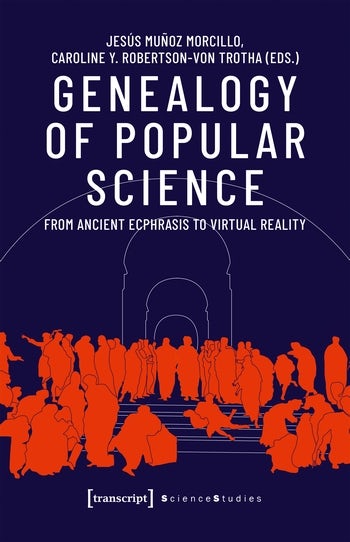 From Ancient Ecphrasis to Virtual Reality

Despite the efforts of modern scholars to explain the origins of science communication as a social, rhetorical, and aesthetic phenomenon, most researchers approach the popularization of science from the perspective of present issues, thus ignoring its historical roots in classical culture along with its continuities, disruptions, and transformations. This volume fills this research gap with a genealogically reflected introduction into the popularization of science as a recurrent cultural technique. The category “popular science” is elucidated in interdisciplinary and diachronic dialogue, discussing case studies from all historical periods. Classicists, archaeologists, medievalists, art historians, sociologists, and historians of science provide the first diachronic and multilayered approach to the rhetoric techniques, aesthetics, and societal conditions that have shaped the dissemination and reception of scientific knowledge.

Jesús Muñoz Morcillo is a classicist, art historian, and science communicator. He obtained a PhD degree from the University of Arts and Design in Karlsruhe, Germany (2015). In 2009, he joined the ZAK | Centre for Cultural and General Studies at Karlsruhe Institute of Technology (KIT). He is currently a research fellow at the ZAK and at the Institut für Kunst und Baugeschichte at KIT.

Caroline Y. Robertson-von Trotha, studied sociology, philosophy, and history in Heidelberg and Karlsruhe where she received a PhD in sociology. She was the founding director of the ZAK at the Karlsruhe Institute of Technology (KIT). Her research focuses on cultural change and globalization, internationalization, multiculturalism, as well as theory and practice of public science. She is coordinator of the German network of the Anna Lindh Foundation, member of the Culture Committee of the German UNESCO Commission, and chairwoman of the Academic Council for Culture and Foreign Policy (WIKA) at the Institute for Foreign Cultural Relations (ifa).