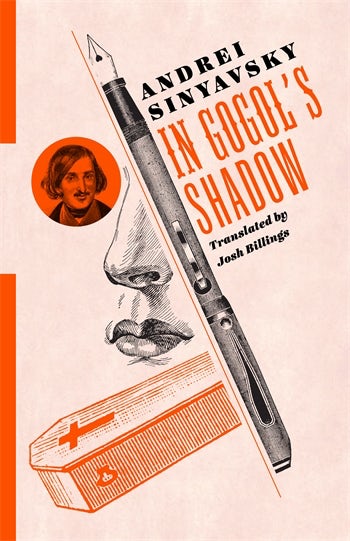 Andrei Sinyavsky wrote In Gogol's Shadow while serving time in a Soviet labor camp. Opening with Gogol's funeral, this unorthodox biography strips the man away from the myth. Sinyavsky challenges the deeply held Russian and Soviet view—promoted by Gogol—that Gogol was first and foremost a political writer, whose biting satire was part of a quest for his country's salvation. In Gogol's Shadow reveals a writer more obsessed with language than with politics. Gogol's attempt to force his art neatly into the function of exposing social ills is undermined by his uncanny imagination and inventiveness. Over the course of his investigation, Sinyavsky's own style comes to recall the digressive, free-flowing prose of the author of Dead Souls and The Government Inspector. This irreverent and incisive analysis of Gogol's life and work is a path-breaking exploration of literary creativity in times of strict censorship and ideological control.

Andrei Sinyavsky (1925–1997) was a writer of fiction and nonfiction. After emigrating to France in 1973, he taught for many years as professor of Slavic studies at the Sorbonne in Paris. He is the author of The Russian Intelligentsia (Columbia, 1997), Strolls with Pushkin (Columbia, 2016), and many other works.

Josh Billings is a writer and translator who lives in Rockland, Maine. His previous translations include Aleksandr Kuprin's The Duel and Aleksandr Pushkin's The Tales of Belkin.