The Politics of American Documentary 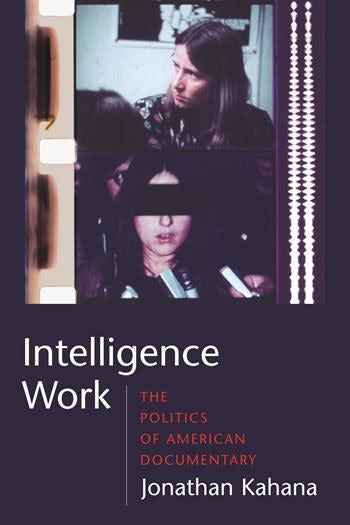 The Politics of American Documentary

Intelligence Work establishes a new genealogy of American social documentary, proposing a fresh critical approach to the aesthetic and political issues of nonfiction cinema and media. Jonathan Kahana argues that the use of documentary film by intellectuals, activists, government agencies, and community groups constitutes a national-public form of culture, one that challenges traditional oppositions between official and vernacular speech, between high art and popular culture, and between academic knowledge and common sense. Placing iconic images and the work of celebrated filmmakers next to overlooked and rediscovered productions, Kahana demonstrates how documentary collects and delivers the evidence of the American experience to the public sphere, where it lends force to political movements and gives substance to the social imaginary.

[Kahana] illuminates many documentaries that deserve to be much better known... Recommended. Choice

Kahana's approach navigates what might be called the interstices of political critique, revealing documentary's multiplicity while marking its relative successes and limits. Jeffrey Geiger, New Formations

[Kahana provides] a much-needed survey of a century-long development in cultural history that is nonetheless tightly focused on the crucial political issue of how art enables the production of publics. Jeff Allred, American Literature

Kahana is often intensely insightful about form and style in the films he considers, such as a sophisticated analysis of sound particularly in radical documentaries of the 60s on. Chuck Kleinhans, Jump Cut

Jonathan Kahana is assistant professor of cinema studies at Tisch School of the Arts at New York University.