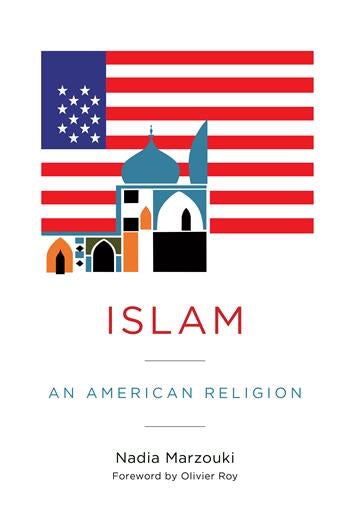 Islam: An American Religion demonstrates how Islam as formed in the United States has become an American religion in a double sense—first through the strategies of recognition adopted by Muslims and second through the performance of Islam as a faith.

Nadia Marzouki investigates how Islam has become so contentious in American politics. Focusing on the period from 2008 to 2013, she revisits the uproar over the construction of mosques, legal disputes around the prohibition of Islamic law, and the overseas promotion of religious freedom. She argues that public controversies over Islam in the United States primarily reflect the American public's profound divisions and ambivalence toward freedom of speech and the legitimacy of liberal secular democracy.

Marzouki provides a unique approach to contemporary American political discourse surrounding Islam and documents vital results likely to remain relevant to readers in the United States and Europe for quite some time. Denise A. Spellberg, University of Texas at Austin, author of Thomas Jefferson's Qur'an: Islam and the Founders

For the past three decades, Americans have been thinking about Islam and Muslims to enact policies related to immigration, national security, citizenship, cultural belonging, and international relations. Marzouki astutely asks how this has affected public discourse and the politics of religion in the contemporary United States. Her answers are refreshingly nuanced, empirically and theoretically grounded, and global in their scope. This is a timely and immensely thought-provoking book. Kambiz GhaneaBassiri, Reed College, author of A History of Islam in America: From the New World to the New World Orde

An invaluable contribution to literature on liberalism, legal politics, and the contested values and histories of inclusion/exclusion in the nation-state. Essential. Choice

Provides important insight into why some Americans feel threatened by Muslims and warns that this issue should not be ignored. Arab Weekly

Nadia Marzouki is a research fellow at the Centre national de la recherche scientifique (CNRS) in Paris. She is the coeditor, with Olivier Roy, of Religious Conversions in the Mediterranean World (2013) and, with Duncan McDonnell and Olivier Roy, of Saving the People: How Populist Parties Hijack Religion (2016).