Deterrence After the Cold War 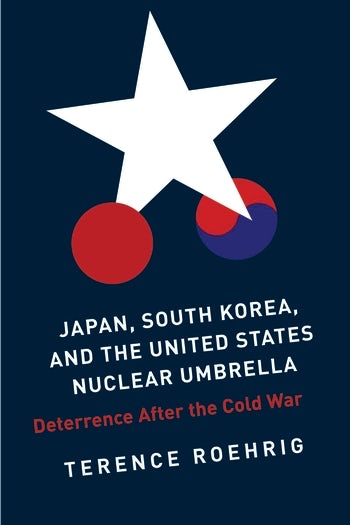 Deterrence After the Cold War

For close to sixty years, the United States has maintained alliances with Japan and South Korea that have included a nuclear umbrella, guaranteeing their security as part of a strategy of extended deterrence. Yet questions about the credibility of deterrence commitments have always been an issue, especially when nuclear weapons are concerned. Would the United States truly be willing to use these weapons to defend an ally?

In this book, Terence Roehrig provides a detailed and comprehensive look at the nuclear umbrella in northeast Asia in the broader context of deterrence theory and U.S. strategy. He examines the role of the nuclear umbrella in Japanese and South Korean defense planning and security calculations, including the likelihood that either will develop its own nuclear weapons. Roehrig argues that the nuclear umbrella is most important as a political signal demonstrating commitment to the defense of allies and as a tool to prevent further nuclear proliferation in the region. While the role of the nuclear umbrella is often discussed in military terms, this book provides an important glimpse into the political dimensions of the nuclear security guarantee. As the security environment in East Asia changes with the growth of North Korea's capabilities and China's military modernization, as well as Donald Trump's early pronouncements that cast doubt on traditional commitments to allies, the credibility and resolve of U.S. alliances will take on renewed importance for the region and the world.

This work's core strength is its comprehensive treatment of the U.S. nuclear umbrella within the American alliance system with Japan and South Korea. It is the best single source I am aware of outlining the nuclear dimension of these alliances and the limited but real role the nuclear umbrella plays. Given the rising tensions in the region, Roehrig's book is a timely addition to current debates on U.S. policy. Paul Avey, Virginia Tech

Terence Roehrig has written the best book I have read in a while walking through the dilemmas of extended deterrence in Northeast Asia, with a thorough treatment of the ballistic missile defense (BMD) issue as well. Stephan Haggard, North Korea: Witness to Transformation Blog

Far and away the most complete, authoritative, and analytically provocative account of the complex history of these issues written to date. Daniel Sneider, Asia Policy

The book provides a helpful overview for anyone seeking to understand the dilemmas that the United States faces when attempting to protect allies with nuclear threats, especially when it comes to Japan and South Korea. Texas National Security Review

This is a must-read for policy-makers and those concerned about nuclear strategy. International Affairs

Roehrig makes a provocative but compelling case that while no U.S. President is likely to use nuclear weapons in the region, nevertheless its conventional assets there are sufficient to make extended deterrence credible....Highly recommended. Choice

Terence Roehrig has written a lucid and sophisticated book on US extended nuclear deterrence in East Asia that experts and students alike will find insightful. Pacific Affairs

Terence Roehrig is professor of national security affairs and director of the Asia-Pacific Studies Group at the U.S. Naval War College. His books include The Prosecution of Former Military Leaders in Newly Democratic Nations: The Cases of Argentina, Greece, and South Korea (2001); From Deterrence to Engagement: The U.S. Defense Commitment to South Korea (2007); and, with Uk Heo, South Korea Since 1980 (2010) and South Korea's Rise: Economic Development, Power, and Foreign Relations (2014).