Joseph Conrad and the Voicing of Textuality 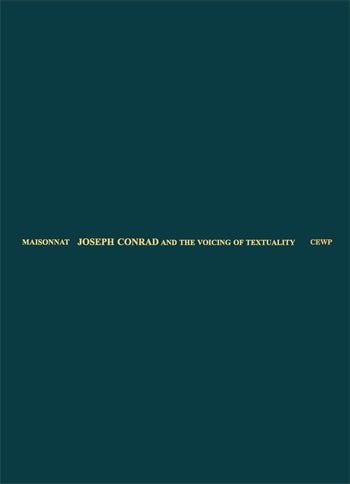 Joseph Conrad and the Voicing of Textuality

Joseph Conrad and the Voicing of Textuality offers an original approach to Conrad's work rooted in linguistics and psychoanalytic theory. Claude Maisonnat provides fresh insight into the poetics of textuality by introducing the concept of textual voice, as opposed to the traditional conceptions of authorial voice and narrative voice. Understood as the main vector of poeticity in a text, textual voice is an offshoot of the Lacanian object-voice trimmed to fit a literary context. It enables the reader to uncover deeply concealed motivations and perceive unsuspected connections to the biographical background of the texts. At the same time, it offers new ways of structuring close reading and opens vistas into the mysteries of creation. Maisonnat gives insightful readings of Conrad's best-known and less widely read works while developing a theoretically rich framework to tackle the notions of style and voice in literature.

Claude Maisonnat is professor emeritus at the Université Lumière Lyon 2. He has published widely on Conrad's works, including a book on Lord Jim.