Knock Me Up, Knock Me Down

Images of Pregnancy in Hollywood Films 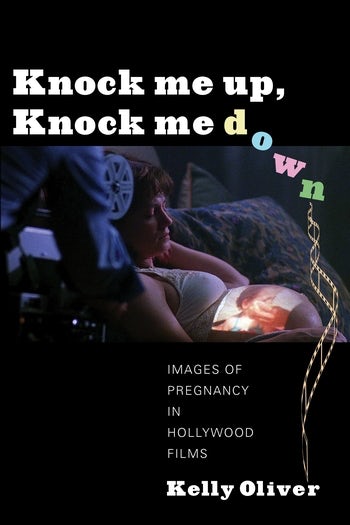 Knock Me Up, Knock Me Down

Images of Pregnancy in Hollywood Films

No longer is pregnancy a repulsive or shameful condition in Hollywood films, but an attractive attribute, often enhancing the romantic or comedic storyline of a female character. Kelly Oliver investigates this curious shift and its reflection of changing attitudes toward women's roles in reproduction and the family. Not all representations signify progress. Oliver finds that in many pregnancy films, our anxieties over modern reproductive practices and technologies are made manifest, and in some cases perpetuate conventions curtailing women's freedom. Reading such films as Where the Heart Is (2000), Riding in Cars with Boys (2001), Palindromes (2004), Saved! (2004), Quinceañera (2006), Children of Men (2006), Knocked Up (2007), Juno (2007), Baby Mama (2008), Away We Go (2009), Precious (2009), The Back-up Plan (2010), Due Date (2010), and Twilight: Breaking Dawn (2011), Oliver investigates pregnancy as a vehicle for romance, a political issue of "choice," a representation of the hosting of "others," a prism for fears of miscegenation, and a screen for modern technological anxieties.

Clearly written...this book could serve...as a core text in a course on women in film. Choice

Oliver's convincing conclusion is that in Hollywood films pregnant women may have become objects of desire, but they are not allowed to become desiring subjects... Fran Bigman, Times Literary Supplement

Acknowledgments
Introduction: From Shameful to Sexy—Pregnant Bellies Exploding Onto the Screen
1. Academic Feminism Versus Hollywood Feminism: How Modest Maternity Becomes Pregnant Glam
2. MomCom as RomCom: Pregnancy as a Vehicle for Romance
3. Accident and Excess: The "Choice" to Have a Baby
4. Pregnant Horror: Gestating the Other(s) Within
5. "What's the Worst That Can Happen?" Techno-Pregnancies Versus Real Pregnancies
Conclusion: Twilight Family Values
Notes
Filmography
Texts Cited
Index

Read the introduction, "From Shameful to Sexy" (to view in full screen, click on icon in bottom right-hand corner)

Kelly Oliver is W. Alton Jones Professor of Philosophy at Vanderbilt University and the author of Animal Lessons: How They Teach Us To Be Human; Women as Weapons of War: Iraq, Sex and the Media; The Colonization of Psychic Space: Toward a Psychoanalytic Social Theory; Noir Anxiety: Race, Sex, and Maternity in Film Noir; Witnessing: Beyond Recognition; Subjectivity Without Subjects: From Abject Fathers to Desiring Mothers; Family Values: Subjects Between Nature and Culture; Womanizing Nietzsche: Philosophy's Relation to "the Feminine;" and Reading Kristeva: Unraveling the Double-Bind.