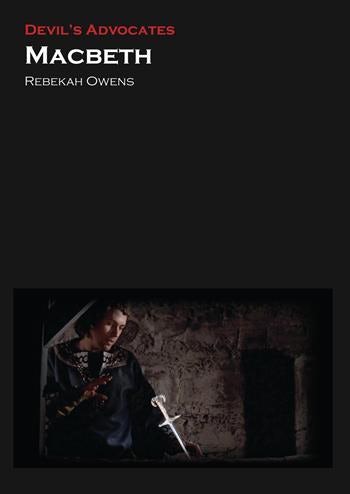 Why write about Roman Polanski's Macbeth (1971) as part of a series of books dedicated to the classics of the horror movie genre? Because, Rebekah Owens argues, just as Banquo in Polanski's film holds up a series of mirrors that reflect images of his successors that trace back to his own son Fleance, so subsequent milestones in the genre show their lineage to this work, their originator. Polanski had previously made Repulsion (1965) and Rosemary's Baby (1968), so he was fully aware of the conventions of the horror genre and this film provides clues to his own horror lexicon.

This book demonstrates how Macbeth can be read as part of the British Folk tradition, strengthening the reading of the film as a horror movie in its own right through its links to The Wicker Man (1973), Blood on Satan's Claw (1971), and Witchfinder General (1968) then argues the case for its recognition as a horror movie even further, by connecting it to the later American horror classics, such as Halloween (1978). It also explores the popular associations made between the film and Polanski's own life, arguing that they endorse the view of the film as a horror. This book represents the first serious attempt to regard Polanski's Macbeth as a horror film in its own right, and not exclusively as one of a multitude of ongoing Shakespeare film adaptations.

Rebekah Owens is a graduate of the Shakespeare Institute at the University of Birmingham, UK and currently a freelance researcher and writer. She has written a range of publications on all matters literary from the Renaissance to the Romantics.