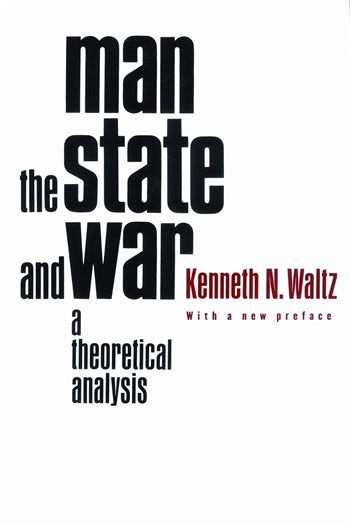 What are the causes of war? To answer this question, Professor Waltz examines the ideas of major thinkers throughout the history of Western civilization. He explores works both by classic political philosophers, such as St. Augustine, Hobbes, Kant, and Rousseau, and by modern psychologists and anthropologists to discover ideas intended to explain war among states and related prescriptions for peace.

In this thoughtful inquiry into the views of classical political theory on the nature and causes of war, Professor Waltz follows three principal themes or images: war as a consequence of the nature and behavior of man, as an outcome of their internal organization of states, and as a product of international anarchy. Foreign Affairs

Despite the changes in the world, the text stands as a classic effort to explain why men and nations fight. Military Review

Kenneth N. Waltz is a recipient of the James Madison Award for distinguished scholarly contributions to political science from the American Political Science Association. He is Ford Professor Emeritus at the University of California, Berkeley, and is now at the Institute of War and Peace Studies at Columbia University. He is the author of Foreign Policy and Democratic Politics, Theory of International Politics, and coauthor of The Spread of Nuclear Weapons.