Buddhism, Science, and the Paranormal 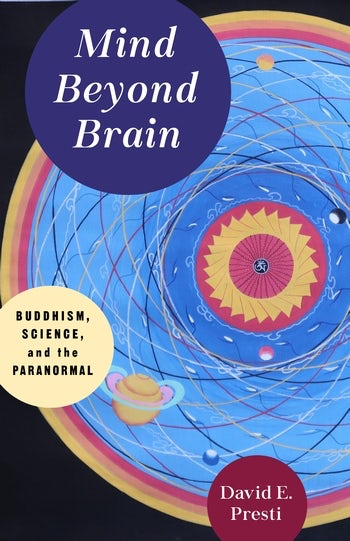 Buddhism, Science, and the Paranormal

Among the most profound questions we confront are the nature of what and who we are as conscious beings, and how the human mind relates to the rest of what we consider reality. For millennia, philosophers, scientists, and religious thinkers have attempted answers, perhaps none more meaningful today than those offered by neuroscience and by Buddhism. The encounter between these two worldviews has spurred ongoing conversations about what science and Buddhism can teach each other about mind and reality.

In Mind Beyond Brain, the neuroscientist David E. Presti, with the assistance of other distinguished researchers, explores how evidence for anomalous phenomena—such as near-death experiences, apparent memories of past lives, apparitions, experiences associated with death, and other so-called psi or paranormal phenomena, including telepathy, clairvoyance, and precognition—can influence the Buddhism-science conversation. Presti describes the extensive but frequently unacknowledged history of scientific investigation into these phenomena, demonstrating its relevance to questions about consciousness and reality. The new perspectives opened up, if we are willing to take evidence of such often off-limits topics seriously, offer significant challenges to dominant explanatory paradigms and raise the prospect that we may be poised for truly revolutionary developments in the scientific investigation of mind. Mind Beyond Brain represents the next level in the science and Buddhism dialogue.

Beginning with the unsettling title and continuing through chapters that take an empirical approach to exploring near-death experiences, reincarnation, mediums, and apparitions, Mind Beyond Brain asks the reader to set aside preconceptions and deeply-held assumptions in order to understand the depths of human consciousness. An engaging read, sure to give a healthy intellectual prod to even the most committed physical materialist. Rich Ivry, Professor of Psychology and Neuroscience, University of California, Berkeley

Mind Beyond Brain embraces and celebrates the natural sciences and their materialist frameworks but also suggests that our understanding of the natural almost certainly needs to be expanded, greatly, and that the physicalist frameworks may not be the final answer to our deepest and most difficult questions about subjectivity, mind, or consciousness. Presti is a perfect narrator, host, and guide here. He strikes a wonderful balance between embracing and celebrating the advances of the sciences and wanting them to go further still. Jeffrey J. Kripal, J. Newton Rayzor Chair in Philosophy and Religious Thought, Rice University

This book could open important doors for any thinking person today. It courageously provides important philosophical critiques of the dominant physical materialist worldview along with a great deal of well-documented, challenging counter-evidence drawn from all-too-neglected fields of psychological research. It is a compelling read for anyone who realizes that the acknowledgement of the active role of 'mind' (whatever it is, we all have one, and we need to get to know it better!) in nature is indispensable for the revolutionary paradigm shift that science requires to break through its current deadlock, presiding over the great extinction facing our planet and our sentient selves. Robert Thurman, Jey Tsong Khapa Professor of Indo-Tibetan Buddhist Studies, Columbia University

Mind Beyond Brain explores the implications of empirical evidence challenging the prevailing view that the mind is simply a function of the brain. This timely book places the issue within the ongoing dialogue between science and Buddhism and reinstates the spirit of open-minded, radical empiricism that has always characterized science and Buddhism at their best. With their discussions of compelling evidence, examined with rigorous logic, the eminently qualified authors of this book point the way forward to catalyzing the first true revolution in the mind sciences. B. Alan Wallace, President, Santa Barbara Institute for Consciousness Studies

Academics, both in and outside the fields of neuroscience and Buddhism, who are interested in psi phenomena will find this publication accessible and reader-friendly, though not reductionistic in content. Reading Religion

This fine book should be widely read and debated as we try to formulate a radical new perspective where mind is a central part of nature rather than an epiphenomenon of neural processes. This will lead to a new and constructive relationship between science and spirituality. Paradigm Explorer

Serve[s] a useful purpose on two fronts (academic and lay-oriented), and it deserves attention from readers on both sides. Journal of the Society for Psychical Research

David E. Presti is a teaching professor of neurobiology, psychology, and cognitive science at the University of California, Berkeley. He also teaches neuroscience to Buddhist monks and nuns in India and Bhutan. He is the author of Foundational Concepts in Neuroscience: A Brain-Mind Odyssey (2016).