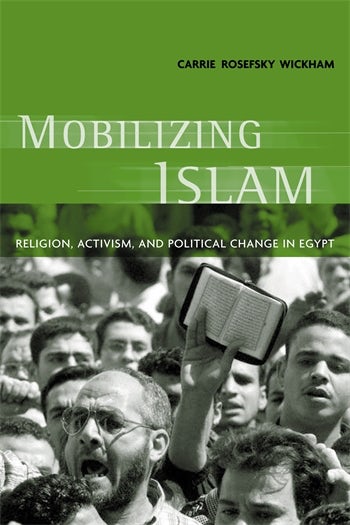 Mobilizing Islam explores how and why Islamic groups succeeded in galvanizing educated youth into politics under the shadow of Egypt's authoritarian state, offering important and surprising answers to a series of pressing questions. Under what conditions does mobilization by opposition groups become possible in authoritarian settings? Why did Islamist groups have more success attracting recruits and overcoming governmental restraints than their secular rivals? And finally, how can Islamist mobilization contribute to broader and more enduring forms of political change throughout the Muslim world?

Moving beyond the simplistic accounts of "Islamic fundamentalism" offered by much of the Western media, Mobilizing Islam offers a balanced and persuasive explanation of the Islamic movement's dramatic growth in the world's largest Arab state.

Mobilizing Islam is easily one of the best books on Islamic activism. Wickham's use of social movement theory and remarkable fieldwork produced a book that speaks to area specialists and students of contentious politics alike. Amidst the onslaught of ill-informed books on Islam in the post-September 11 period, Wickham provides a refreshing reminder that there is rigorous scholarship on Islamic activism. Quintan Wiktorowicz, Perspectives on Politics

The book is one of the best texts available for studying a major Islamic political movement in its proper context. Kristin Tassin, Arab Studies Journal

1. Introduction
2. Nasser and the Silencing of Protest
3. Educated and Under-Employed: The Rise of the Lumpen-Intelligentsia
4. Parties Without Participation
5. The Parallel Islamic Sector
6. "The Call to God": The Islamist Project of Ideological Outreach
7. Explaining the Success of Islamist Outreach
8. From the Periphery to the Center: The Islamic Trend in Egypt's Professional Associations
9. Cycles of Mobilization Under Authoritarian Rule
10. Postscript: The Muslim Brotherhood and the Mubarak Regime, 1995-2001