Magic, Ideology, and Stereotype in the Ancient World 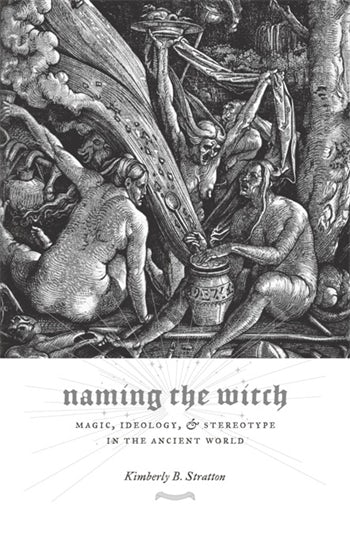 Magic, Ideology, and Stereotype in the Ancient World

Kimberly B. Stratton investigates the cultural and ideological motivations behind early imaginings of the magician, the sorceress, and the witch in the ancient world. Accusations of magic could carry the death penalty or, at the very least, marginalize the person or group they targeted. But Stratton moves beyond the popular view of these accusations as mere slander. In her view, representations and accusations of sorcery mirror the complex struggle of ancient societies to define authority, legitimacy, and Otherness.

Stratton argues that the concept "magic" first emerged as a discourse in ancient Athens where it operated part and parcel of the struggle to define Greek identity in opposition to the uncivilized "barbarian" following the Persian Wars. The idea of magic then spread throughout the Hellenized world and Rome, reflecting and adapting to political forces, values, and social concerns in each society. Stratton considers the portrayal of witches and magicians in the literature of four related periods and cultures: classical Athens, early imperial Rome, pre-Constantine Christianity, and rabbinic Judaism. She compares patterns in their representations of magic and analyzes the relationship between these stereotypes and the social factors that shaped them.

Stratton's comparative approach illuminates the degree to which magic was (and still is) a cultural construct that depended upon and reflected particular social contexts. Unlike most previous studies of magic, which treated the classical world separately from antique Judaism, Naming the Witch highlights the degree to which these ancient cultures shared ideas about power and legitimate authority, even while constructing and deploying those ideas in different ways. The book also interrogates the common association of women with magic, denaturalizing the gendered stereotype in the process. Drawing on Michel Foucault's notion of discourse as well as the work of other contemporary theorists, such as Homi K. Bhabha and Bruce Lincoln, Stratton's bewitching study presents a more nuanced, ideologically sensitive approach to understanding the witch in Western history.

A scrupulous and highly innovative study of the phenomenon of "magic" in the ancient world... A significant contribution to the discussion... Recommendable to all readers. Thomas J. Kraus, Review of Biblical Literature

This is one of the most stimulating and intelligent of many studies of ancient magic in recent scholarship... Ian H. Henderson, Toronto Journal of Theology

Preface
Acknowledgments
Abbreviations
1. Magic, Discourse, and Ideology
2. Barbarians, Magic, and Construction of the Other in Athens
3. Mascula Libido: Women, Sex, and Magic in Roman Rhetoric and Ideology
4. My Miracle, Your Magic: Heresy, Authority, and Early Christianities
5. Caution in the Kosher Kitchen: Magic, Identity, and Authority in Rabbinic Literature
Epilogue
Works Cited
Index

Kimberly B. Stratton is an associate professor in the College of Humanities at Carleton University. She grew up in Seattle, holds a B.A. in English and religion from Barnard College, an M.T.S. from Harvard University, and a Ph.D. in the history of religions in late antiquity from Columbia University. She has also studied at the Hebrew University of Jerusalem. Her research covers the fields of early Christianity, rabbinic Judaism, and Greco-Roman culture and religion.