African-American Writing and Communism Between the Wars 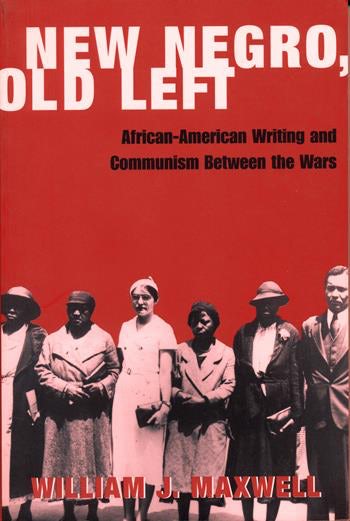 African-American Writing and Communism Between the Wars

Howard "Stretch" Johnson, a charismatic Harlemite who graduated from Cotton Club dancer to Communist Party youth leader, once claimed that in late 1930s New York "75% of black cultural figures had Party membership or maintained regular meaningful contact with the Party." He stretched the truth, but barely. In a broad-ranging, revisionary account of the extensive relationship between African-American literary culture and Communism in the 1920s and 1930s, William J. Maxwell uncovers both black literature's debt to Communism and Communism's debt to black literature—reciprocal obligations first incurred during the Harlem Renaissance.

Lucidly argued and written, New Negro, Old Left is an astute, original addition to work on the Harlem Renaissance, proletarian literature and, in particular, the often misrepresented relationship between them. American Studies

William Maxwell's creative and compelling new book presents the case for a mutual indebtedness, a two-way channel 'between radical Harlem and Soviet Moscow, between the New Negro renaissance and proletarian literature' of the 1920s and 1930s. His emphasis on 'Black volition' and the 'interracial education of the Old Left' also aims to enhance our understanding of African American and 'white' modern literature as well as radicalism....This is a book that not only demands the attention of those who wish to be informed about the history of the African American Left, the Harlem Renaissance, and proletarian literature, but that will also engage anyone seeking to understand the potential relevance of contemporary critical arguments from scholars such as Eric Lott, David Roediger, Pierre Bordieu, Eve Sedgwick, Hazel Carby, George Hutchinson, Michael North, Michael Rogin, Robyn Wiegman, and others. Specialists in black culture and Communism will come away from the experience of readingNew Negro, Old Left with a much enriched apprehension of the ambiguities of cultural practice and a salutary desire to open up some of those little boxes ('Harlem Renaissance,' 'proletairan literature,' 'Wright versus Hurston') by means of which we have too neatly classified earlier relationships. Alan Wald, University of Michigan, American Literature

William J. Maxwell'sNew Negro, Old Left: African-American Writing and Communism Between the Wars is a closely argued, thoroughly researched attempt to show how this dominant narrative [of the history of African-American writing during the period between the First and Second World Wars] has often been misleading and reductive....[a] fine book.... James Grove, Mount Mercy College, College Literature

William J. Maxwell is assistant professor of English and an affiliate of the Afro-American Studies and Research Program at the University of Illinois at Urbana-Champaign.