Life of the Gothic Cathedral 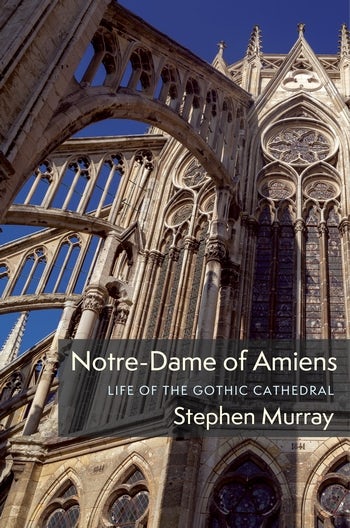 Life of the Gothic Cathedral

Notre-Dame of Amiens is one of the great Gothic cathedrals. Its construction began in 1220, and artistic production in the Gothic mode lasted well into the sixteenth century. In this magisterial chronicle, Stephen Murray invites readers to see the cathedral as more than just a thing of the past: it is a living document of medieval Christian society that endures in our own time.

Murray tells the cathedral’s story from the overlapping perspectives of the social groups connected to it, exploring the ways that the layfolk who visit the cathedral occasionally, the clergy who use it daily, and the artisans who created it have interacted with the building over the centuries. He considers the cycles of human activity around the cathedral and shows how groups of makers and users have been inextricably intertwined in collaboration and, occasionally, conflict. The book travels around and through the spaces of the cathedral, allowing us to re-create similar passages by our medieval predecessors. Murray reveals the many worlds of the cathedral and brings them together in the architectural triumph of its central space.

A beautifully illustrated account of a grand and historically and religiously important building from a variety of perspectives and in a variety of time periods, this book offers readers a memorable tour of Notre-Dame of Amiens that celebrates the cathedral’s eight hundredth anniversary in 2020.

Notre-Dame of Amiens is enhanced by high-resolution images, liturgical music, and animations embedded in an innovative website.

In Notre-Dame of Amiens: Life of a Gothic Cathedral, Murray inverts the usual narrative applied to a cathedral: rather than clearing away later accretions and alterations in a search for the purity of an original vision, he presents the building in time as a product of intentional interventions and unanticipated consequences. Rather than frozen in a moment or brief period of time, the fabric of Amiens cathedral offers an unfolding chronicle of structural behavior, changing devotional attitudes and practices, and shifting taste. Michael T. Davis, Mount Holyoke College

Stephen Murray is Lisa and Bernard Selz Professor of Medieval Art History Emeritus at Columbia University. His books include Notre-Dame, Cathedral of Amiens: The Power of Change in Gothic (1996); A Gothic Sermon: Making a Contract with the Mother of God, Saint Mary of Amiens (2004); and Plotting Gothic (2015).