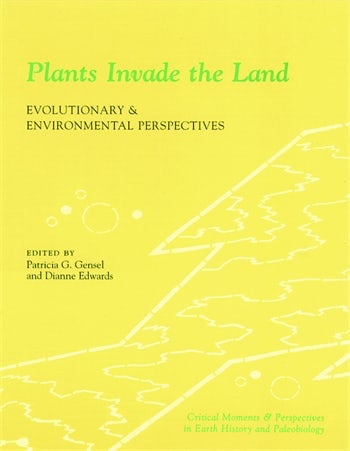 What do we now know about the origins of plants on land, from an evolutionary and an environmental perspective? The essays in this collection present a synthesis of our present state of knowledge, integrating current information in paleobotany with physical, chemical, and geological data.

This book focuses on our present day understanding of the fossil record of land plants and other organisms. Presents a detailed overview of the diversificaion of the plant kingdom... Very interesting book for students and researchers. Southeastern Naturalist

This is an excellent volume that should be purchased not only by all geological libraries but also by anyone with an interest in the evolution of the biosphere-atmosphere system. Andrew C. Scott, Geological Magazine

This book contributes to our knowledge of the exciting story of the origin of plants on land, from an evolutionary and environmental perspective.... recommended for advanced researchers in paleobotany and paleoecology of the age of plants invading land. Stanislav Mihulka, Folia Geobotanica

Patricia Gensel is a professor of biology at the University of North Carolina. She is the co-author of Plant Life in the Devonian.Dianne Edwards holds a chair in paleobotany in the Department of Earth Sciences at the University of Wales. She is a Fellow of the Royal Society and has been President of the Paleontological Association and editor of the Botanical Journal of the Linnaen Society.