Queer Identities and Politics in Germany 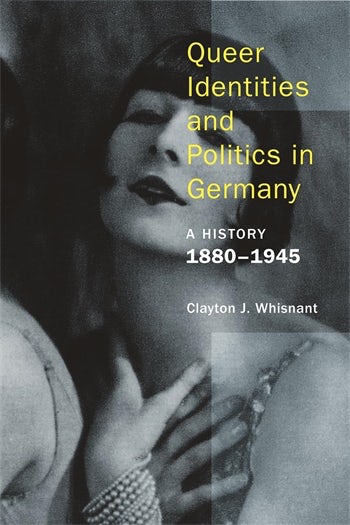 Queer Identities and Politics in Germany

Germany in the late nineteenth and early twentieth centuries witnessed key developments in LGBT history, including the growth of the world's first homosexual organizations and gay and lesbian magazines, as well as an influential community of German sexologists and psychoanalysts. Queer Identities and Politics in Germany describes these events in detail, from vibrant gay social scenes to the Nazi persecution that sent many LGBT people to concentration camps.

Clayton J. Whisnant recounts the emergence of various queer identities in Germany from 1880 to 1945 and the political strategies pursued by early homosexual activists. Drawing on recent English and German-language scholarship, he enriches the debate over whether science contributed to social progress or persecution during this period, and he offers new information on the Nazis' preoccupation with homosexuality. The book's epilogue locates remnants of the pre-1945 era in Germany today.

Cogent, well-researched and readable. Useful as a reader in a first year undergraduate course in the history of sexuality or alternatively as a reference work for a course on the Racial State or the Holocaust. This book is certainly also of interest to LGBTQ community groups and LGBTQ Resource Centers. Jennifer Evans, author of Queer Cities, Queer Culture: Europe Since 1945 (Continuum, 2013) with Matt Cook, Carlton University

This is an outstanding survey book in all respects: intelligible to a wider readership while still pursuing an intellectual ambition, knowledgeable and precise, including stories and telling details while also offering interpretative food for thought and never losing the red thread. Different aspects and layers of queer history in Germany c. 1880-1945 are expertly covered, from Sexualwissenschaft to media scandals, from literary life to urban space. Recommended with enthusiasm. Moritz Föllmer, former reviews editor, German History, University of Amsterdam

This book describes these milestones in detail.... It reveals little-known aspects of lesbian life at the time while also addressing the sexuality of several well-known literary and artistic figures.... [Whisnant] also offers new information on the Nazis' preoccupation with homosexuality. Troy Carrington, OutSmart

A skillful narrative history.... Whisnant has done a terrific job of tracing the complex, turbulent path of LGBT Germans with liveliness, intelligence, and poignancy. Vernon Rosario, The Gay and Lesbian Review

Clayton J. Whisnant is professor of history at Wofford College in Spartanburg, South Carolina, where he teaches a range of courses in twentieth-century European history. His first book was Male Homosexuality in West Germany, 1945-1969: Between Persecution and Freedom.