Stress and Wellness in Johannesburg 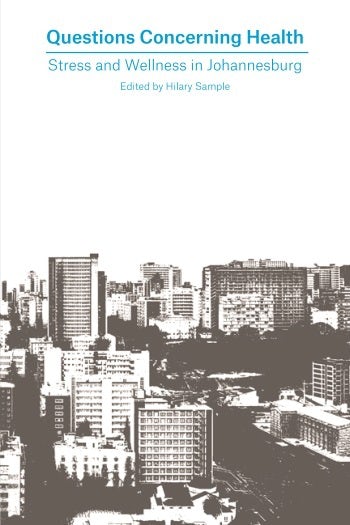 Stress and Wellness in Johannesburg

At a moment when the world's population increasingly lives in urban settings, the public health of cities—or the intersection of stress and wellness with architecture and urbanism—is a matter of pressing concern for designers.

Questions Concerning Health reports on this critical terrain, focusing particularly on Johannesburg, South Africa (a notable test case in which the term "social equivalency," used by epidemiologists, also carries considerable historical and spatial resonance). Among the book's research findings is that health is an intensively local phenomenon that demands intensively local responses in the form of more sensitive architectural typologies as well as urban planning. Questions Concerning Health presents a number of essays by experts on urban health and Johannesburg in particular, including the design proposals of eight students who participated in the research studio.

Hilary Sample is associate professor at Columbia University's Graduate School of Architecture, Planning and Preservation and a principal with MOS Architects. Her ongoing research focuses on health in urban environments around the world.