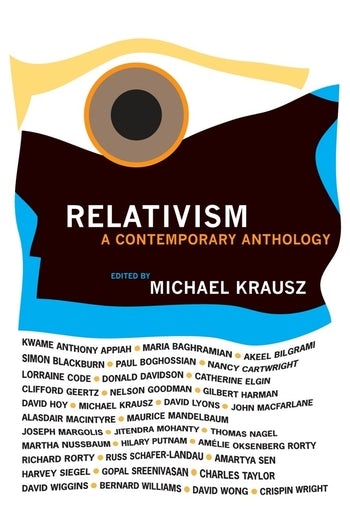 The thirty-three essays in Relativism: A Contemporary Anthology grapple with one of the most intriguing, enduring, and far-reaching philosophical problems of our age. Relativism comes in many varieties. It is often defined as the belief that truth, goodness, or beauty is relative to some context or reference frame, and that no absolute standards can adjudicate between competing reference frames.

Michael Krausz's anthology captures the significance and range of relativistic doctrines, rehearsing their virtues and vices and reflecting on a spectrum of attitudes. Invoking diverse philosophical orientations, these doctrines concern conceptions of relativism in relation to facts and conceptual schemes, realism and objectivity, universalism and foundationalism, solidarity and rationality, pluralism and moral relativism, and feminism and poststructuralism. Featuring nine original essays, the volume also includes many classic articles, making it a standard resource for students, scholars, and researchers.

A valuable resource for researchers working on the topic of relativism.... Highly recommended. Choice

Michael Krausz is Milton C. Nahm Professor of Philosophy at Bryn Mawr College. He is the author of Rightness and Reasons: Interpretation in Cultural Practices; Limits of Rightness; Varieties of Relativism (with Rom Harré); and Interpretation and Transformation: Explorations in Art and the Self.