The 2/28 Incident and White Terror in Fiction and Film 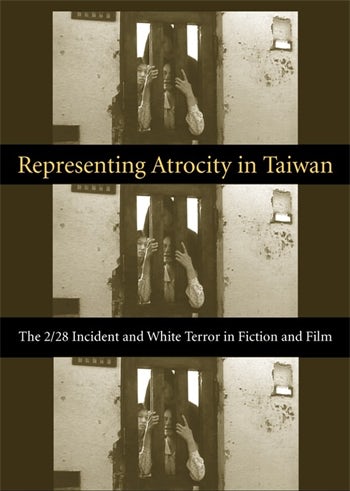 The 2/28 Incident and White Terror in Fiction and Film

In 1945, Taiwan was placed under the administrative control of the Republic of China, and after two years, accusations of corruption and a failing economy sparked a local protest that was brutally quashed by the Kuomintang government. The February Twenty-Eighth (or 2/28) Incident led to four decades of martial law that became known as the White Terror. During this period, talk of 2/28 was forbidden and all dissent violently suppressed, but since the lifting of martial law in 1987, this long-buried history has been revisited through commemoration and narrative, cinema and remembrance.

Drawing on a wealth of secondary theoretical material as well as her own original research, Sylvia Li-chun Lin conducts a close analysis of the political, narrative, and ideological structures involved in the fictional and cinematic representations of the 2/28 Incident and White Terror. She assesses the role of individual and collective memory and institutionalized forgetting, while underscoring the dangers of re-creating a historical past and the risks of trivialization. She also compares her findings with scholarly works on the Holocaust and the aftermath of the atomic bombings of Japan, questioning the politics of forming public and personal memories and the political teleology of "closure." This is the first book to be published in English on the 2/28 Incident and White Terror and offers a valuable matrix of comparison for studying the portrayal of atrocity in a specific locale.

The result is a complicated and neglected topic managed economically and lucidly in a volume that will surely intervene in Chinese cultural studies but also will prove attractive to anyone concerned with the overarching issue of atrocity and the literary and cinematic representation of the 'disappeared.' The Rocky Mountain Review

Sylvia Li-chun Lin is the Notre Dame Assistant Professor of Chinese at the University of Notre Dame. Her research interests include Republican culture and literary journals, language and identity in Taiwan, and commemoration of atrocity.