Afghanistan, 1979 to the Present 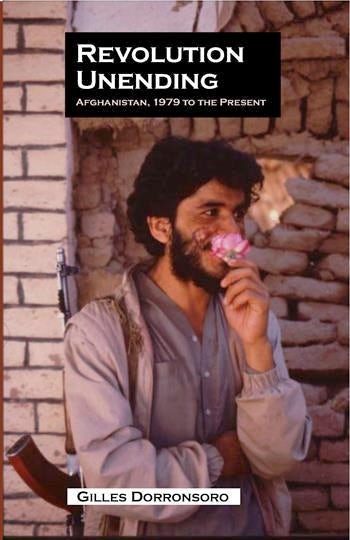 Afghanistan, 1979 to the Present

Having traveled and researched in Afghanistan since 1988, Gilles Dorronsoro has developed a rich and nuanced understanding of the country's history and people. In Revolution Unending he draws on his extensive firsthand experience to consider the political, historical, economic, and ethnic factors that will influence Afghanistan's future. He argues that U.S. optimism about Afghanistan following Western intervention and recent elections fails to appreciate the divisions that continue to define the country.

While not underestimating the oft-cited "ethnic factor" in Afghan politics, especially Pashtun dominance, Dorronsoro argues that class and the competition for employment and education are key factors in explaining the country's recent past. The 1990s saw the triumph of religious authorities (the ulema) and the marginalization of the traditional elites. With coalition intervention in 2001 and the subsequent deposition of the ulema-dominated Taliban, the educated elites are back in power. However, as Dorronsoro argues, patching up the country by means of short-term ethnic alliances and a new division of the spoils will only perpetuate the schisms in society. The Afghan civil war, Dorronsoro suggests, is set to continue and perhaps worsen over time.

A coherent overview for scholars of region. Kirkus

For an authoritative account of modern Afghan history, we must turn instead to Gilles Dorronsoro's Revolution Unending. Deftly translated from the French by John King, it explains that conflict between the various ethnic groups in Afghanistan was never inevitable. Peter Bergen, Washington Post Book World

Revolution Unending is an excellent and very thorough study... This first-rate empirically-grounded book is a must read. Abdulkader Sinno, Middle East Journal

Dorronsoro, in his splendid and fascinating study... provides a much needed antidote to the many misconceptions about this country. Erik Sean Estep, Digest of Middle East Studies

Foreword
Chronology
Glossary
Introduction
Part I. The Origins of the Afghan Revolution
1. The Sociogenesis of the Afghan State
2. From Mobilisation to Revolution
Part II. Mobilisations
3. The Commanders
4. The Jihadi Parties
Part III. The Dynamics of Confrontation
5. The Kabul Regime
6. The Guerillas
Part IV. The Taliban
7. Competition and the Impetus towards Monopoly (1992-2001)
8. The Ethnicisation of the Conflict
9. The Clerical State
Part V. The American Invasion and the Return of Fragmentation
10. A Splendid Little War?
11. the Return to Political Fragmentation
12. The Policy of Pakistan
Conclusion
Select Bibliography
Index

Gilles Dorronsoro is professor of political science, Paris I (Pantheon-Sorbonne). He has written extensively on Afghan and Central Asian politics and is a member of the editorial committees of Cultures and Conflicts and Central Asian Literature.