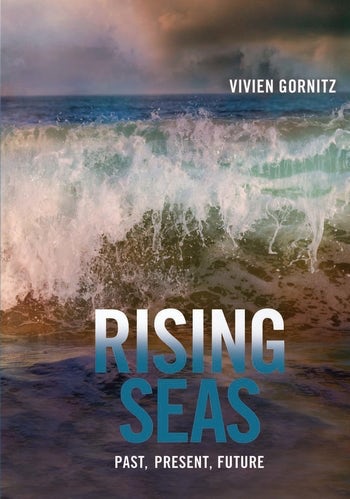 The Earth's climate is already warming due to increased concentrations of human-produced greenhouse gases in the atmosphere, and the specter of rising sea level is one of global warming's most far-reaching threats. Sea level will keep rising long after greenhouse gas emissions have ceased, because of the delay in penetration of surface warming to the ocean depths and because of the slow dissipation of excess atmospheric carbon dioxide. Adopting a long perspective that interprets sea level changes both underway and expected in the near future, Vivien Gornitz completes a highly relevant and necessary study of an unprecedented age in Earth's history.

Gornitz consults past climate archives to help better anticipate future developments and prepare for them more effectively. She focuses on several understudied historical events, including the Paleocene-Eocene Thermal Anomaly, the Messinian salinity crisis, the rapid filling of the Black Sea (which may have inspired the story of Noah's flood), and the Storrega submarine slide, an incident possibly connected to a sea level occurrence roughly 8,000 years old. By examining dramatic variations in past sea level and climate, Gornitz concretizes the potential consequences of rapid, human-induced warming. She builds historical precedent for coastal hazards associated with a higher ocean level, such as increased damage from storm surge flooding, even if storm characteristics remain unchanged. Citing the examples of Rotterdam, London, New York City, and other forward-looking urban centers that are effectively preparing for higher sea level, Gornitz also delineates the difficult economic and political choices of curbing carbon emissions while underscoring, through past geological analysis, the urgent need to do so.

Rising Seas provides a comprehensive and thoughtful discussion of the science, impacts, and policy matters surrounding one of the most pressing societal threats we face today—global sea level rise. Michael E. Mann, director, Penn State Earth System Science Center, and author of The Hockey Stick and the Climate Wars: Dispatches from the Front Lines

This essential and readable survey of the history and science of sea level change should be on the desk of anyone involved in coastal planning and resource management and will be extremely effective as a textbook. A great, much-needed book! Maureen E. Raymo, Lamont–Doherty Earth Observatory of Columbia University

Rising Seas: Past, Present, Future is a siren warning of the imminent and ongoing ecological catastrophe that humans are inflicting upon the planet.... Highly recommended. The Midwest Book Review

If you have any interest in coastal areas, impacts of global climate change and changes in sea level, Rising Seas: Past, Present, Future is a must read. Weather Doctor Blog

This book presents a thoroughly documented, comprehensive overview of perhaps the most urgent issue closely associated with global warming Gornitz has succeeded in presenting a complicated subject in a scholarly and captivating manner, making it accessible to both the expert and the lay person. Metascience

Excellent... I can give the book the highest praise: I wish that I had written it. Reports of the National Center for Science Education

Read the chapter "Coping with the Rising Waters," from Rising Seas: Past, Present, Future (to view in full screen, click on icon in bottom right-hand corner)

Vivien Gornitz is a geologist and special research scientist with the Columbia University Center for Climate Systems Research and the NASA Goddard Institute for Space Studies. She has written numerous articles on sea level rise and the impacts of climate change on the coastal zone. She was a contributor to the Intergovernmental Panel on Climate Change in 2007 and to the New York City Panel on Climate Change and New York State Energy Research and Development Authority ClimAID in 2010 and 2011.