The Fall and Rise of America's Rivers 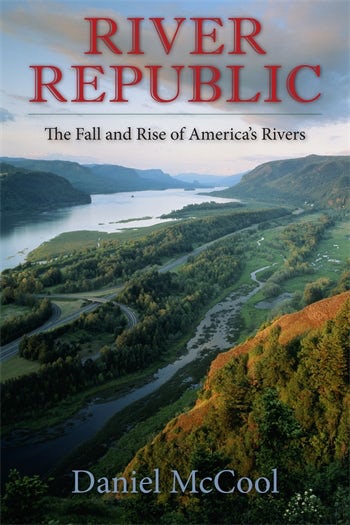 The Fall and Rise of America's Rivers

Daniel McCool not only chronicles the history of water development agencies in America and the way in which special interests have abused rather than preserved the country's rivers, he also narrates the second, brighter act in this ongoing story: the surging, grassroots movement to bring these rivers back to life and ensure they remain pristine for future generations.

The culmination of ten years of research and observation, McCool's book confirms the surprising news that America's rivers are indeed returning to a healthier, free-flowing condition. The politics of river restoration demonstrates how strong grassroots movements can challenge entrenched powers and win. Through passion and dedication, ordinary people are reclaiming the American landscape, forming a "river republic" of concerned citizens from all backgrounds and sectors of society. As McCool shows, the history, culture, and fate of America is tied to its rivers, and their restoration is a microcosm mirroring American beliefs, livelihoods, and an increasing awareness of what two hundred years of environmental degradation can do.

McCool profiles the individuals he calls "instigators," who initiated the fight for these waterways and, despite enormous odds, have succeeded in the near-impossible task of challenging and changing the status quo. Part I of the volume recounts the history of America's relationship to its rivers; part II describes how and why Americans "parted" them out, destroying their essence and diminishing their value; and part III shows how society can live in harmony with its waterways while restoring their well-being—and, by extension, the well-being of those who depend on them.

McCool tempers the flow of statistics and environmental facts with liberal doses of wit and colorful anecdotes while offering a reassuring account of working-class citizens triumphing in a timely cause. Booklist

Written in an easy-to-read narrative style that is at times poetic, River Republic is also filled with facts and political analysis. Rosemarie Howard, Deseret News

...River Republic is an easy read that raises important questions about politics, money, and development along U.S. rivers while providing vibrant accounts of restoration projects all across the country. Adam Mandelman, H-Environment

Read the first chapter from River Republic (to view in full screen, click on icon in bottom right-hand corner):

Daniel McCool is the director of the Environmental and Sustainability Studies Program and a professor in the Political Science Department at the University of Utah. He has won a number of awards for his teaching and publications, and his research focuses on water resources development, voting rights, American Indian water rights, and public lands policy. He has published widely in such journals as the Cornell Journal of Law and Public Policy, Political Research Quarterly, and the University of Texas Law Review. This is his eighth book.