From the Sixteenth to the Twentieth Centuries 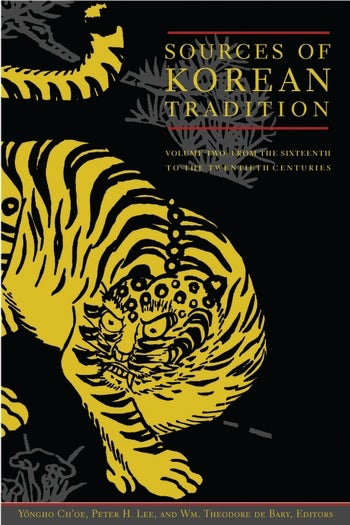 From the Sixteenth to the Twentieth Centuries

Modeled after the classic Sources of Chinese Tradition, Sources of Japanese Tradition, and Sources of Indian Tradition, this collection of seminal primary readings in the social, intellectual, and religious traditions of Korea from the sixteenth century to the present day lays the groundwork for understanding Korean civilization and demonstrates how leading intellectuals and public figures in Korea have looked at life, the traditions of their ancestors, and the world they lived in.

The selections range from the mid- and late Chosôn dynasty in the sixteenth century, through the encounter with the West and imperialist Japan in the late ninteenth and early twentieth centuries, to the political and cultural events in South and North Korea since 1945—ending with President Kim Taejung's 1998 inaugural address.

An invaluable guide for students of Korea in any discipline as well as for scholars and students of East Asia for many years to come. Journal of Asian Studies

Yôngho Ch'oe is professor of history at the University of Hawaii.

Peter H. Lee is professor of Korean and comparative literature at the University of California, Los Angeles.